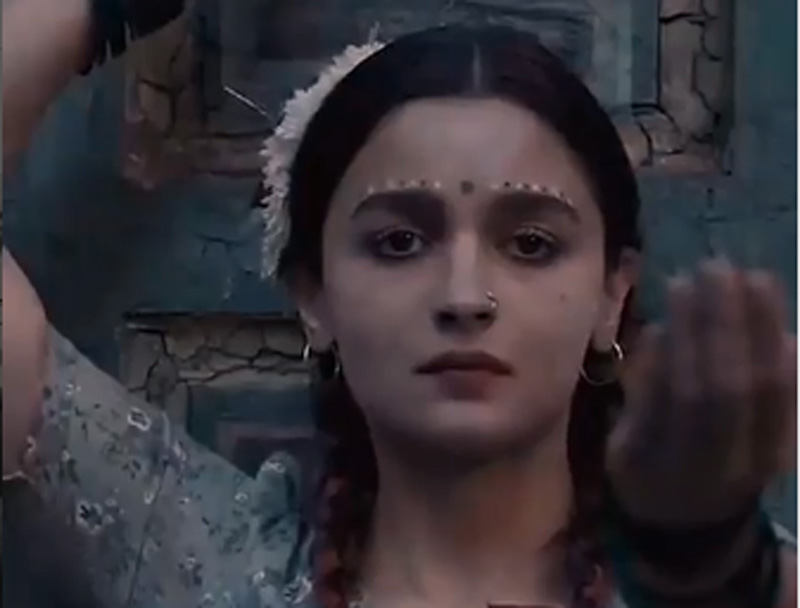 Karachi: A restaurant in Pakistan's Karachi city has irked social media users over an advertisement that features a scene from Bollywood actress Alia Bhatt's latest released movie Gangubai Kathiawadi to promote a special offer for men.

The clip from the movie shows Alia Bhatt, who plays the role of an influential prostitute in the movie, making gestures to draw her first customer.

Forced into prostitution, Gangubai, the character played by Alia in the movie, could be seen emotionless and a sense of numbness prevailed in her eyes in the clip that surely touched movie lovers for the pain expressed in it.

Using the clip, the restaurant made special offer to customers by writing o Instagram: "Aja na Raja - what are you waiting for? Swings is calling out all the Raja's out there. Ajao and avail a 25% discount on Men's Monday at Swings!"

One Farihaa wrote: "You guys are using such a painful scene for your advertisement??? R u fr."

Fazila described the attempt by the restaurant as 'cheap marketing."

Komal, another Instagram user, expressed her anger wen she wrote: "

Zainab, an Instagram user, said: " This is soo depressing."

One social media user even went further and asked the restaurant to fire the  digital marketing team.

Amid criticisms, the restaurant added another post, once again featuring a picture of Alia from the clip, to justify their action when it wrote: "Just a concept. We didn't mean to hurt the sentiments of anyone. The movie and this post is based on a concept. Like before, we're open to all and will be serving you with the same love like we always have. "