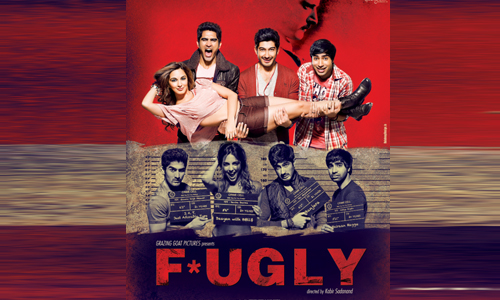 The poster gives a sneak peek into the look and nature of the characters in this youth entertainer.

The crimson red poster displays the 4 protagonists in their usual best, smiling and having fun as they lift one of their friends.

In the background, one can catch a glimpse of the grim looking Haryanvi police inspector, Chautala.

The poster conveys the four youngsters in a free spirited, independent and comical mood.

According to the makers, the songs and trailer of the movie have been received very well.

This poster is just one of the many surprises waiting in line for the audience as they await the release of the movie, the makers noted.

Directed by Kabir Sadanand and produced by Grazing Goat Pictures, the movie is slated for release on Jun 13.