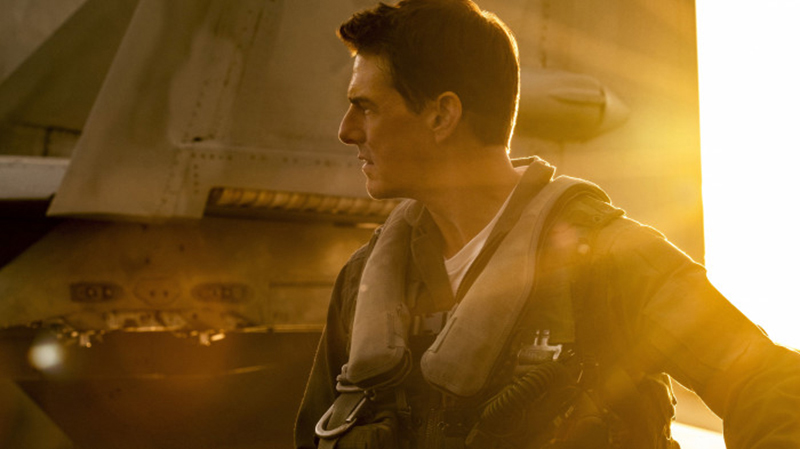 The movie remains No.1 at the US box office, earning an additional $86 million in the second weekend, earning $291 million in the US and $257 million overseas in over 64 markets (not including Russia or China) exceeding over half a billion dollars earning a total $548 million.

The film became the highest opening grosser for Cruise earning over $156 million during its Memorial Day weekend debut surpassing his 2005 sci-fi action “War of the Worlds” which was ranked as his top domestic opening with $64.9 million.

Director Joseph Kosinski’s aviation action drama is the sequel to the 1986 Hollywood classic “Top Gun” where Cruise returns in his role as Pete “Maverick” Mitchell now as Captain -- a test pilot in the US Navy, who trains graduates for a special assignment while confronting the ghosts of his past.

Thanks to positive word of mouth, audience and critical acclaim and premium screens, ticket sales for "Top Gun: Maverick" the film only dropped 32 per cent from its $160 million opening weekend and has been seen, according to Comscore, the "smallest second-weekend decline for a movie that opened to $100 million or more."
That's an especially impressive benchmark -- even for a reviewed movie -- because blockbusters, like "Maverick," tend to be front-loaded and drop at least 50 per cent after opening weekend.

By comparison, "Spider-Man: No Way Home", "Doctor Strange in the Multiverse of Madness" each declined 67 per cent in its sophomore outing, while "The Batman" saw a drop of over 50 per cent.

The movie has managed to live up to its predecessor, while bringing in the older audience back it has enough elements to entail to a younger demographic as well, which has ensured great success for the film.

The only other piece of competition that will be there for the hypersonic aviation flick is the Colin Trevorrow third chapter to the Jurassic World trilogy titled “Jurassic World: Dominion” which will be released on June 10.