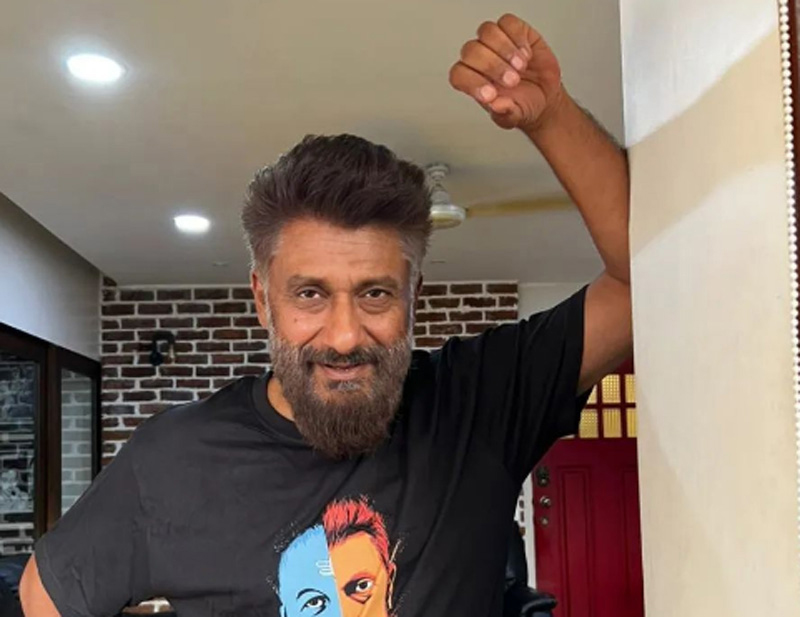 New Delhi/UNI: Post the humongous success of ‘The Kashmir Files’, which raked in Rs 350 crores worldwide, director Vivek Ranjan Agnihotri and producer-actor Pallavi Joshi are set to embark on the ‘Humanity Tour’.

The phenomenal response to the all-time blockbuster has inspired the powerful and visionary duo - Vivek Ranjan Agnihotri and actor Pallavi Joshi to start a ‘Humanity Tour’.

While Vivek and Pallavi had travelled to the US last year to showcase ‘The Kashmir Files’ at special screenings before its release, the director-actor duo has consciously decided to travel across multiple locations abroad for a month and spread the culture of India through the ‘Humanity Tour’.

With the vision to give back to the society and mankind, the makers of the truth teller movie have decided to call it ‘Humanity Tour’ as their agenda is to spread love and awareness about India’s rich culture and highlighting 5000 years of emotions and peace messages across the world through their inspiring speeches.

The ‘Humanity Tour’ will have a few impactful screenings, also including a visit to Jewish Museum.

Talking about the same, Vivek said “We did a very successful ‘right to justice’ tour in the US for a month and there came a demand from the people in Europe. So we decided to take this humanity tour by traveling to some of the prestigious places like the British Parliament, Scottish Parliament, Human Rights Organisation, and the top universities of the world such as Oxford, Cambridge, and Imperial.”

“We also visited humanitarian organizations like the Jews and the holocaust in Germany. We thought that it is very important for the world to know that if any solution to terrorism and hate is possible, it is possible only through fundamental indict, principles, and values. So Pallavi and I are in this very hectic Europe tour to spread the Indian message of humanity, and why India is going to play a major role in world peace,” he said.

He also added “Also, it was important that The Kashmir Files have proved to the world how we have tolerated the violence of terrorism with peaceful messages and therefore it is a great opportunity for Indians to showcase themselves as a peaceful and humanitarian society”.

Shedding light on the ‘Humanitarian Tour’, Pallavi Joshi said, “When I decided to produce The Kashmir Files, the cause of humanitarianism was in my mind. Not only have we managed to bring the truth out but have also sent out a very strong message of humanitarian, peace, and zero tolerance for terrorism. I am extremely proud of the fact that this message has reached far and wide and hence institutions, and popular universities have invited us for a lecture series worldwide. This endorses peace and humanity for the entire world”.

While Vivek is known to be a powerful thought leader, Pallavi is touted as the most powerful female producer of the Indian film industry who has the gut, vision, and courage to attempt real life and challenging subjects and narrate truth in the films produced under her production house, ‘I Am Buddha Foundation’.