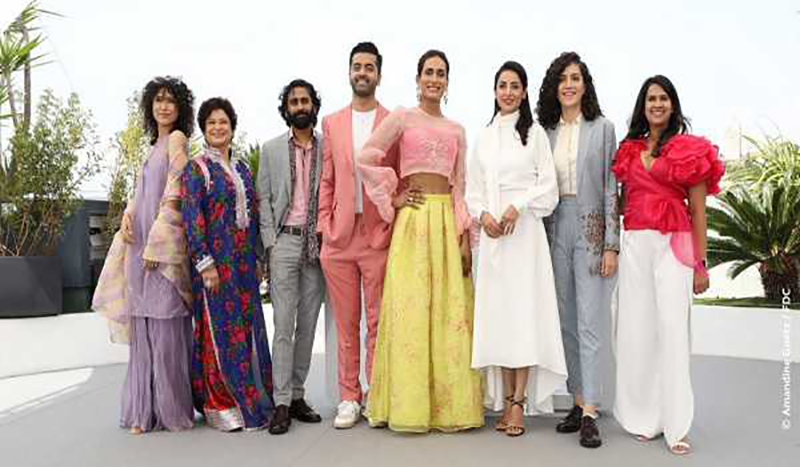 Cannes/UNI: Pakistani cinema has picked up its first-ever honour at the Cannes film festival with the Lahore transgender drama Joyland winning the Jury Prize in the festival's Un Certain Regard section.

Directed by Karachi-based filmmaker Saim Sadiq, Joyland narrowly missed the top prize of Un Certain Regard, the festival's official selection devoted to discovering fresh voices in the world of cinema.

Palme d'Or, the top prize of the Cannes festival, will be announced at the closing ceremony Saturday.

Bollywood actor Deepika Padukone is a member of the jury that awards the Palme d'Or from 21 films in the prestigious competition section of the festival.

Joyland, Sadiq's debut feature film, was a part of 20 films in the Un Certain Regard section this year.

Set in Lahore, 'Joyland' probes how the dreams of individual choice and freedom are muzzled by a patriarchal society.

The film is an extension of Sadiq's short film, 'Darling', which won the Best Short Film prize at the Venice film festival in 2019. Sadiq studied filmmaking at the Columbia University in New York before returning to Karachi.

Joyland is the only second Pakistani film ever to feature in official selection in Cannes.

In 2016, 'Jago Hua Savera' ('The Day Shall Dawn') by Pakistani filmmaker Aaajay Kardar -- a collaboration between Pakistani and Indian film professionals -- was part of the Cannes Classics category for restored films. Bengali actor Tripti Mitra played the lead role in 'Jago Hua Savera' (1959), which was written by poet Faiz Ahmed Faiz based on the 1936 novel 'Padma Nadir Majhi' (Boatman of the River Padma) by Manik Bandopadhyay.

"I have kept the story alive for the past seven years," said Sadiq about the making of 'Joyland'.