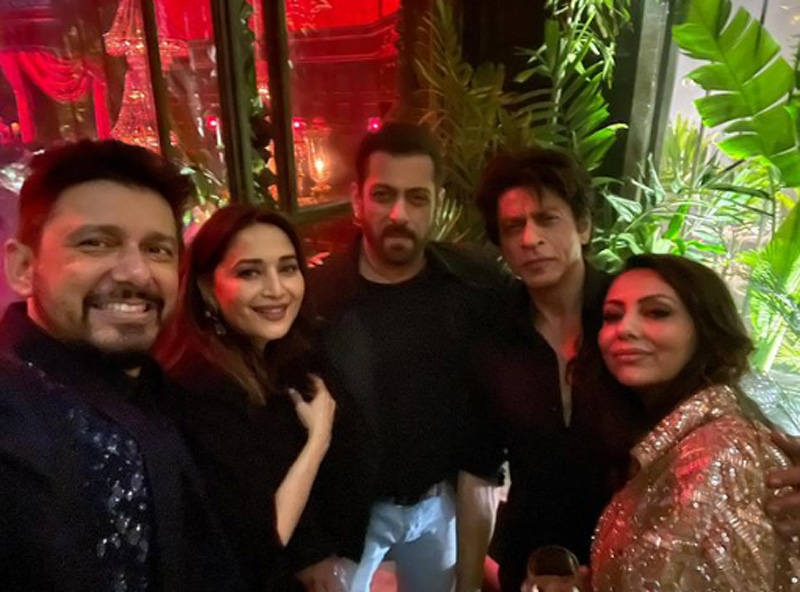 Mumbai: Filmmaker Karan Johar's birthday bash seems to have turned into a perfect platform for a Bollywood reunion and this is evident from Madhuri Dixit Nene's Instagram page.

She shared a special image on Instagram where Madhuri could be seen joining her two colleagues Shah Rukh Khan and Salman Khan.

Madhuri had worked in SRK and Salman in several hit movies in the 90s and early 2000s.

With Salman Khan, she has worked in movies like Saajan and Hum Aapke Hain Koun..!.

Shah Rukh Khan and Madhuri together entertained fans in several popular movies like Devdas, Dil To Pagal Hai, Koyla, among others.

Madhuri captioned the image as: "So much to talk about, right?"