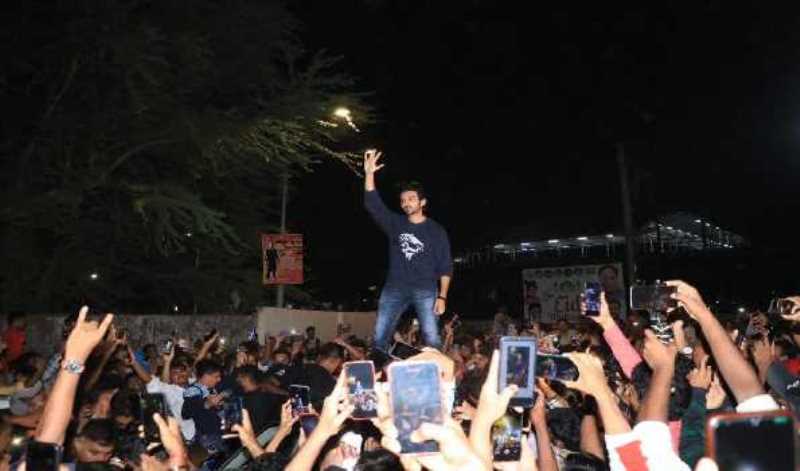 Mumbai: Anees Bazmee’s ‘Bhool Bhulaiyaa 2’, the much-awaited horror-comedy starring Kartik Aaryan, hit the Box Office with a frenzy that Bollywood has been seeking for sometime.

Ever since the film was announced, audiences and fans have not been able to control their excitement.

As their heartthrob, Kartik delivered the most successful release of Bollywood in 2022, raking in Rs 14.11 crore on first day, fans went berserk.

When the young superstar paid a visit to Gaiety Galaxy cinema here on Sunday evening, he was mobbed by fans who had come for the family entertainer. The film is running house-full shows at theatres since Friday.

Kartik visited the Bandra theatre, then went to Juhu, where he held a screening for family, friends and the paparazzi and their families. He also interacted with them and returned to Gaiety.

Written by Farhad Samji and produced by Bhushan Kumar, the movie is a standalone sequel to ‘Bhool Bhulaiyaa’ (2007) that starred Akshay Kumar in the lead. The sequel also stars Kiara Advani and Tabu.

Kartik's next releases include ‘Shehzada’, ‘Captain India’, ‘Freddy’ and he is also in Sajid Nadiadwala's untitled next.