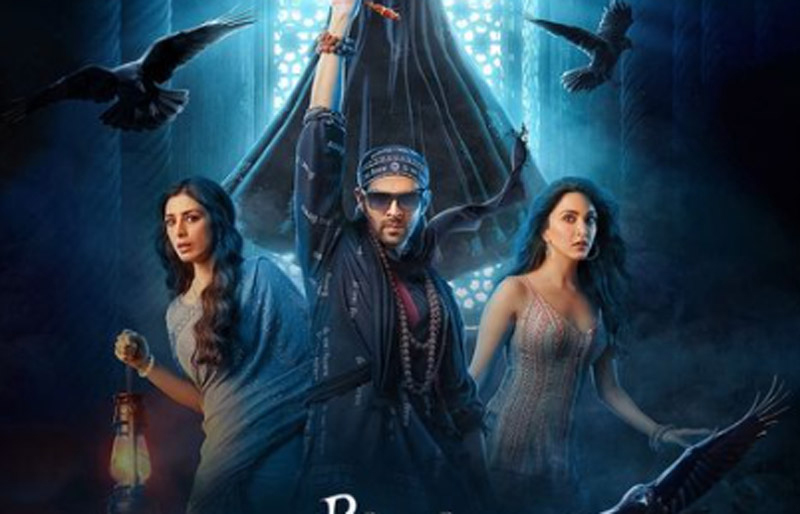 Mumbai: Actor Kartik Aaryan's “Bhool Bhulaiyaa 2” has finally hit theatres, and the critical and audience reception so far have been rather mixed.

While reviewers have praised the movie for the respect it has for its blockbuster predecessor as well as director Anees Bazmee's command over comedy, the movie's lack of the horror element and its usage of a more predictable and standard Bollywood formula have been criticized.

In summary, the movie has failed to live up to its predecessor though so far it does not seem to have disappointed audiences as the movie has been billed as a good fun time family entertainer even if it is not anything groundbreaking.

Actor Kartik Aaryan and Tabu have however received significant praise for their performances.

On the box office, analysts have predicted double digit openings for the movie due to its family entertainment value and its “paisa vasool” quality.

The movie will nevertheless face stiff competition from Kangana Ranaut's “Dhaakad”which also has a mass opener quality, though the differences between the two films complement each other and may help Bollywood recover some of its lost mileage in total Indian ticket sales almost all of which has been captured by South Indian cinema which according to predictions are bound to vastly outclass Bollywood's total gross this year just like last year.

While “Bhool Bhulaiyaa 2” is a horror comedy, “Dhaakad” is an action thriller with a high budget similar to “KGF Chapter 2”.

While the latter had subdued almost all Hindi cinema at the box office, the movie will soon be made available on OTT thus providing a much needed relief for Bollywood films.

According to film exhibitor Akshaye Rathi the Kangana Ranaut film will have more takers in single-screen cinemas.

“Dhaakad' is a true blue mass entertainer. It is a single screen film which will work in Tier 2 and Tier 3 cities. And, the audience in these demographics is more about current bookings than advance bookings,” explained Rathi.

Either way, both the movies are bound to better perform than some of the recent Bollywood films as they are not going to be suppressed by any big budget Tollywood production.