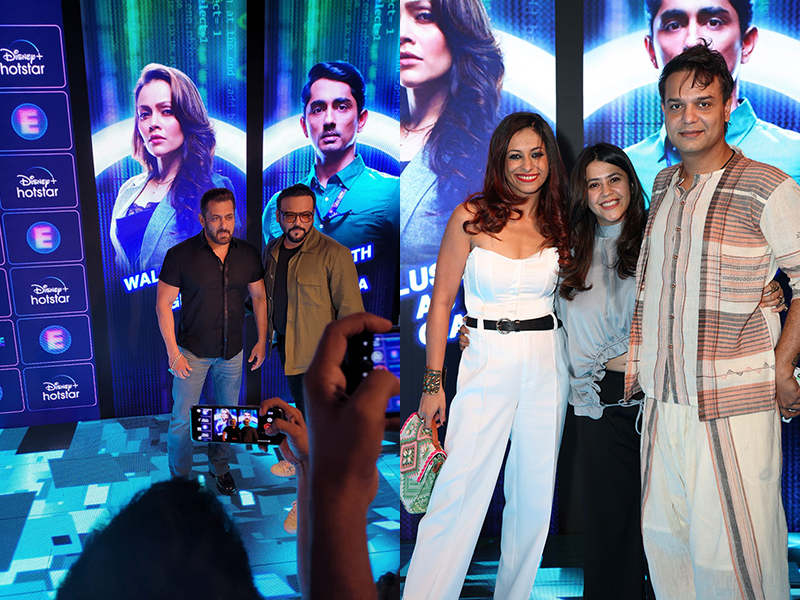 Mumbai: It was an eventful night for Siddharth Kumar Tewary as the show Escaype Live launched and streamed on Disney+ Hotstar from 20th May.

The writer-producer-director along with his brother Rahul Kumar Tewary and the entire cast was present at the launch. To support them, many friends and colleagues of Siddharth were also present.

The memorable night turned out to be even more impactful when superstar Salman Khan came to the venue. Khan is known for his generosity and his presence definitely lit up the event. Rahul too greeted Salman and welcomed him to the launch.

The superstar had recently conveyed his best wishes to the team of series 'Escaype Live. He took to his social media and shared a poster of the series. He wrote in the caption, "Big Nite Tonight For You All.. Best Wishes for your new show. #EscaypeLive @waluschaa @sktorigins @rahultewary (sic)." The actor also shared the link of the show's trailer in his Instagram bio.

Ekta Kapoor too was spotted mingling with Gayatri and Siddharth Kumar Tewary.