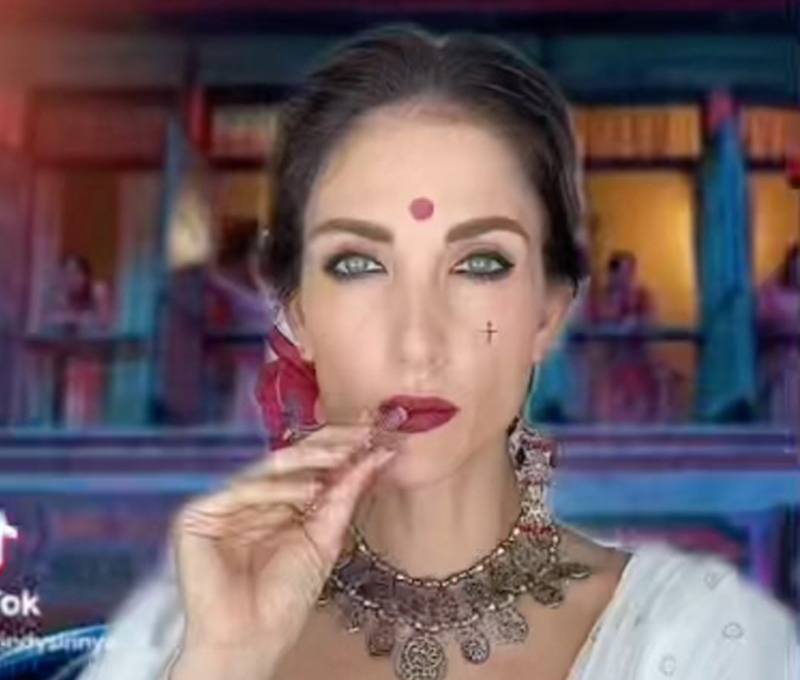 In the video, the Thai actress could be seen dressed in a white saree which she paired with a black purse, jewellery and a rose tucked in her bun.

She wrote on Instagram: "My cover of Gangubai, inspired by the hit film on Netflix at the moment, in one of my favorite scenes where she’s inviting to take her lover for a ride in newly acquired car."

Praising Alia and the theme of the movie, she wrote: "Beyond the epic sets, visually captivating scenes, stunning performances by @aliaabhatt and cast, which has fascinated so many of us here in Thailand, prompting many to take to social media to do their versions of the main character #gangubaikathiawadi this film brings to the forefront the much contested arguments about prostitution vs sex work and reveals the brutality of the sex trafficking industry, then and now, and the unending cycle of violence and abuse those in marginalized groups have to endure."

" If you do watch the film, I hope it inspired you to think more on the issue of consent, the right of a woman to choose what she does with her own body, the right to safety and to education, and the right for everyone regardless of gender, race, religion or social caste to live life with dignity and respect," she wrote.