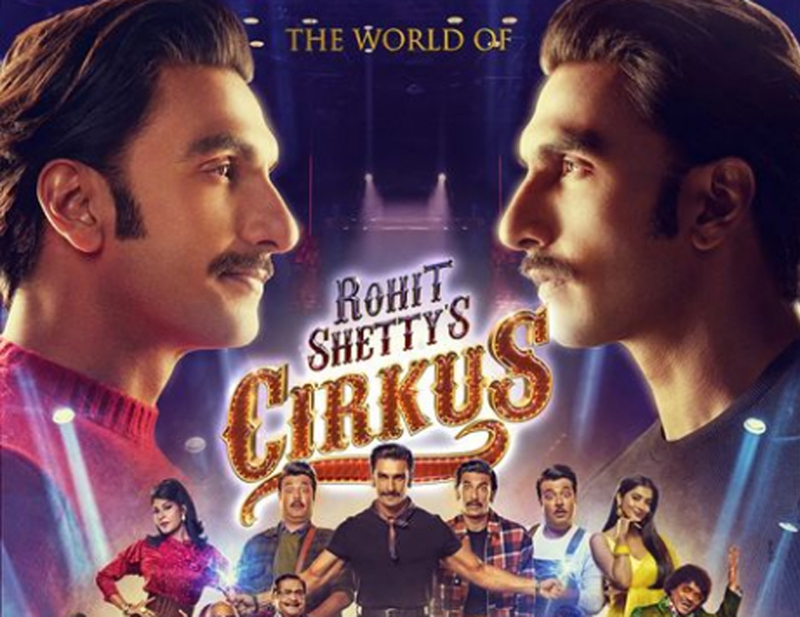 Distributed by Reliance Entertainment and T-Series, the film is releasing in cinemas worldwide in December 2022.

Reliance Entertainment in a tweet shared a picture of the poster.

The entertainment company tweeted: “The show is set to roll on Christmas! Cirkus releasing in cinemas worldwide on December 2022.”

Sharing the poster on his Instagram account, Rohit Shetty captioned: “It's time to bring our audience back to the cinemas... ONCE AGAIN! "Golmaal released 16 years ago and the love you all gave me made me what i am today! 'Cirkus' is a christmas gift for you and your family! Kyunki iss 'Cirkus' mein bohot sara Golmaal hai!!! #CirkusthisChristmas @rohitshettypicturez @tseriesfilms.“

Supposedly an adaptation of the Shakespearean play 'The Comedy of Errors', the film was scheduled to be released on July 15, but was delayed due to Covid.

As of now the film is set to release on Dec 23.

Commenting on the development, Rohit Shetty said, “'Cirkus' is a complete family entertainer. There's no better time than the Christmas holidays to celebrate the film in Cinemas everywhere.”