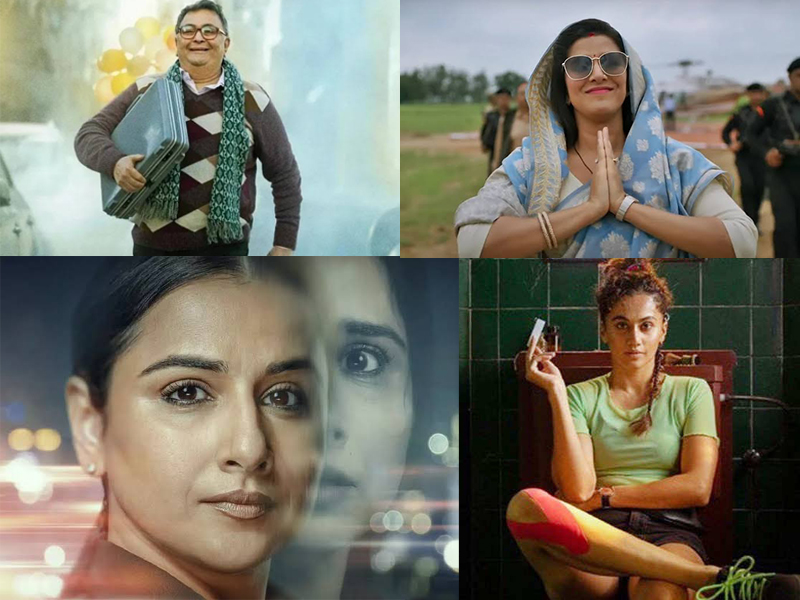 Mumbai: It is an exciting time for Indian cinema! Actors across the corners are not hesitating to take on challenging narratives with a human value. From exploring relationship nuances to crucial issues - these performers have given a new height to films, and we cine lovers can't be more thrilled!

So, here's listing down the four most remarkable performances of the year by far that one should not miss out on binge-watching for quality cinema. Have a look!

Released only a few days, Nimrat Kaur is earning rave reviews for her brilliant performance in Dasvi. Her transformation from an innocent housewife to a power-hungry CM is outstanding, making her the ultimate show-stealer. The versatile actress' command of the Haryanvi dialect and body language is hard to miss!

Vidya Balan became the force behind another power-packed drama with Jalsa. The actress, known for doing woman-led films, created quite a stir with her recent release. With audience and critics going gaga over her performance and chemistry with Shefali Shah, Jalsa became one of the most talked-about movies on OTT.

Sharmaji Namkeen marked the last film of the legendary actor Rishi Kapoor! The drama will go down in cinema history for having two actors play the same character (Paresh Rawal and Rishi Kapoor as Sharma Ji). It left the audience with a bitter-sweet feeling of watching the late actor one last time on the screen!

Hailed as her films' hero, Taapsee Pannu hit a Hetrick with Looop Lapeta on OTT. After Haseen Dillruba and Rashmi Rocket, the actress impressed everyone across the nation with her note-worthy performance in the drama. While she earned a positive response from critics, the audience became a fan of her gripping screen presence