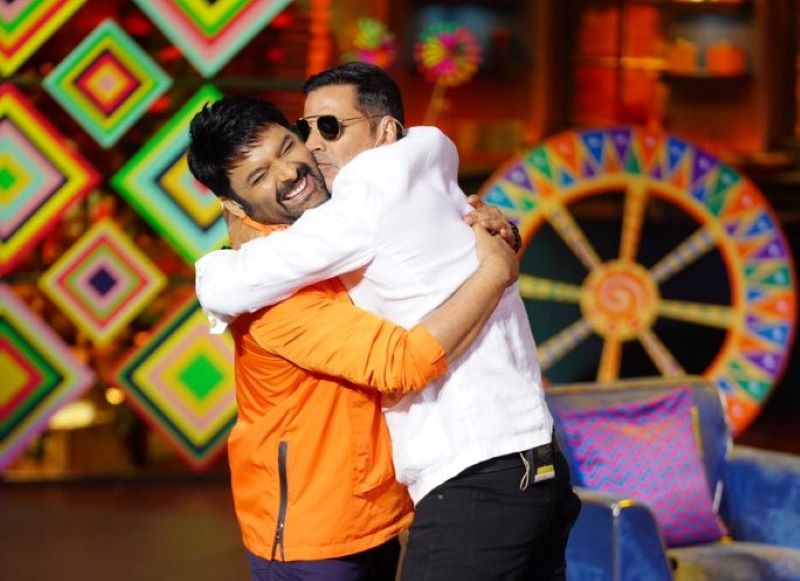 The bonding between the two reemerged after a brief rift over a video clip which was aired on the show.

According to a report by Hindustan Times, Akshay was upset with the airing of a clip from an episode of The Kapil Sharma Show where he had participated earlier.

In the clip, Sharma was seen taking a dig at Kumar over a "famous interview", alluding to the one of Prime Minister Narendra Modi taken by the actor during the 2019 General Elections.

Though Akshay had requested Sony Entertainment Television to not air the clip, it was later shared online that had offended the actor.

The actor wanted to edit the clip as he felt it had mocked the Prime Minister's Office.