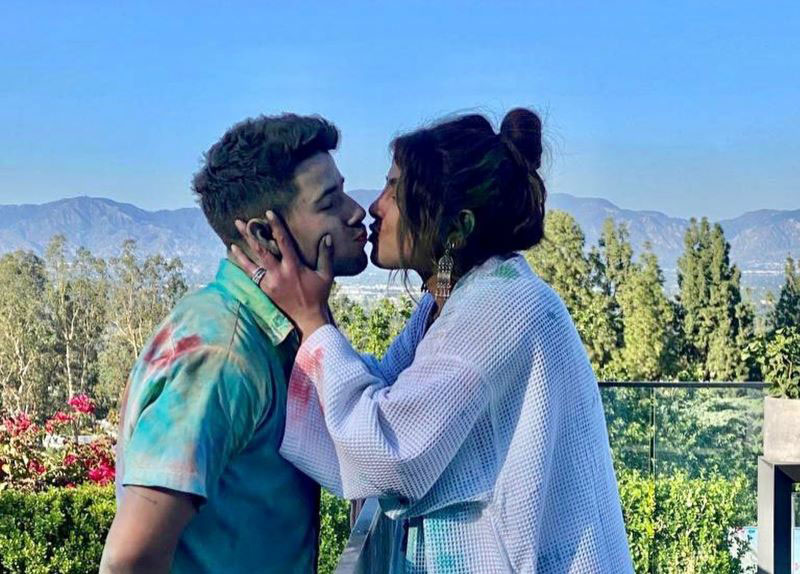 Global actress from India, Priyanka Chopra, is the latest celebrity from tinseltown to dump pictures from her Holi 2022 album as she was all in love with her singer husband Nick Jonas during the festival.

In a video shared by her on Instagram, Chopra is seen playing Holi with Jonas as the couple looked all colourful.

She captioned the video saying, "To be able to find some joy at a time when the world feels so scary is such a blessing. Happy holi everyone. Thank you to our friends and family for playing holi like desi’s do! Feeling blessed."

In a separate post comprising a number of pictures, Chopra is seen sealing a lip kiss with her husband as the two seemed drunk in love with each other while playing with colours.

The popular Bollywood actress says, "Do me a favor.. let’s play holi. Sorry. Had to!"

Chopra, who earned fame in the West after dominating the Hindi film industry back home for years, has recently welcomed her first child with Jonas.

Chopra and Jonas became parents through surrogacy, the couple had announced on social media.