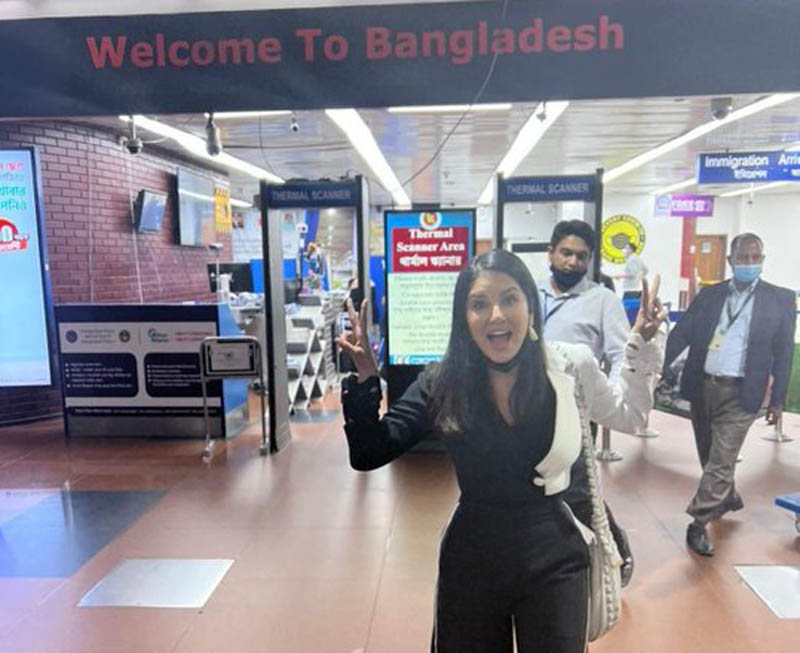 Dhaka: Actress Sunny Leone, whose work permit was cancelled by Bangladeshi authorities to shoot a film, has arrived in Dhaka.

Sunny shared an image on Twitter to inform her fans about arriving in Dhaka.

She captioned the image with smiles.

Officials at the police’s Special Branch told bdnews24 a special flight carrying the actress from Mumbai touched down at Shahjalal International Airport at 3:30pm on Saturday, a day after Information Minister Hasan Mahmud announced that her visa had been cancelled.

According to Hasan, Leone had applied for a visa using an American passport to “hide her identity”.

However, Md Moniruzzaman, deputy inspector general of the police’s immigration department, told bdnews24 on Saturday there was no problem with her passport or visa.