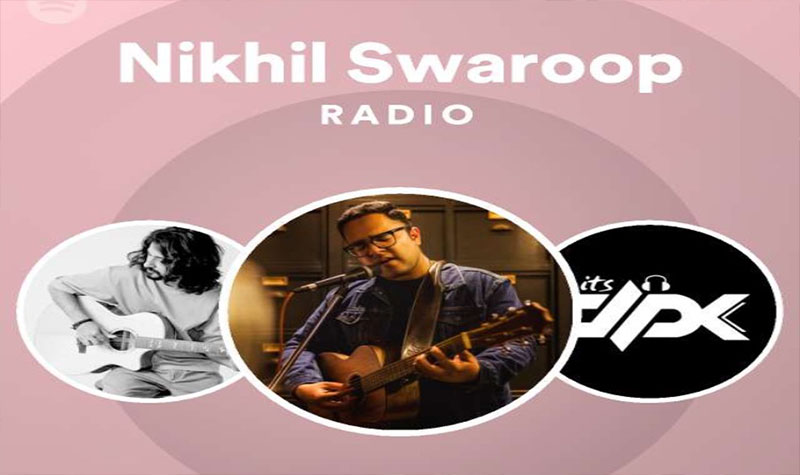 Delhi/IBNS: With almost two million streams and features in esteemed publications all around the country from Rolling Stone Magazine, The Hindu, and the Radio City, rising singer-songwriter Nikhil Swaroop is set to release his first single this year titled 'Sunaina'.

Sunaina takes us down memory lane through a journey of emotions along with its catchy 90's pop vibe and synths blended with melodious harmonies.

It's a tune that will have listeners humming and dancing to with their partners.

Nikhil's fan base is growing as his well received tracks ‘Sitaron Ka Saaya’ 'Nayab' and ‘Mann Ae Mann’ have reached audiences across 110 countries and are on multiple official Spotify Editorial Playlists ' Shubh Night', 'Dinner and Chill', and 'hIndies'.

India, USA, Australia are the top three countries where the Indiansinger-songwriter's fan base reside.

Swaroop's music has also penetrated nations like Poland, Brazil, and Japan. The love for his music is still growing strong with 45,000 unique listeners every month.

The Delhi-based singer's song titled Sunaina has been selected by Spotify's Editorial Team as the Fresh Find's pick of the week, making it Nikhil's first playlist cover feature.

The music video is out now on Youtube which features popular Youtuber Shraddha Sharma, who has sung the backing vocals on the track.

The video is a dedication to Nikhil's girlfriend on a video call where he sings this newly written song to her as his Valentines day gift.

Nikhil said, "Long Distance relationships can be difficult but these small gestures come a long way to keep the spark alive when you miss each other.

"To all the boyfriends out there, write a song or sing to her/him, tell her how much you love or miss her/him."

The song was released on Feb. 16 this year and is available for streaming and downloading on platforms like Youtube, Apple Music, Spotify, Amazon Music, JioSaavn, and Gaana.