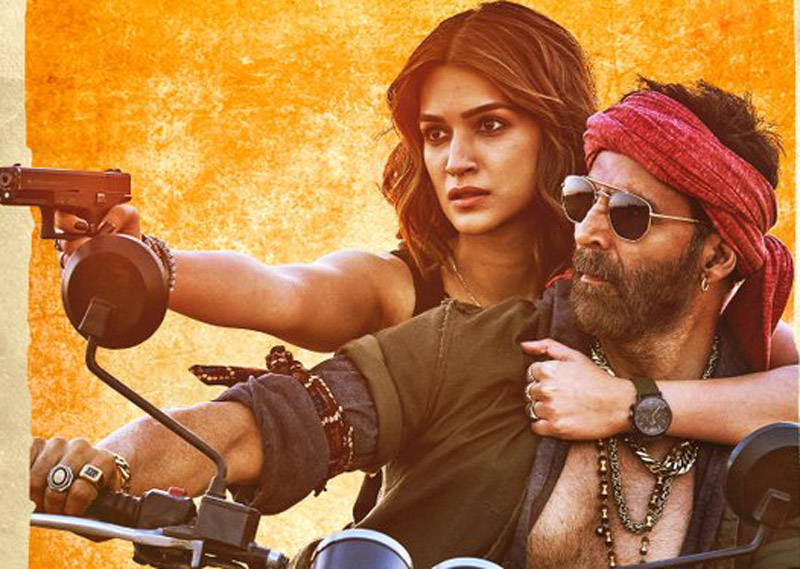 Mumbai: Actress Kriti Sanon unveiled the first look of herself from the movie Bachchhan Pandey which will also feature Akshay Kumar.

She shared two posters of the movie.

While in one of them Akshay could be seen with Jacquline Fernandez, Kriti features in the other one.

The trailer will be released on Friday.

It stars Akshay Kumar, Kriti Sanon and Jacqueline Fernandez. It is a remake of the 2014 Tamil film Jigarthanda.

The movie is scheduled to release next month.