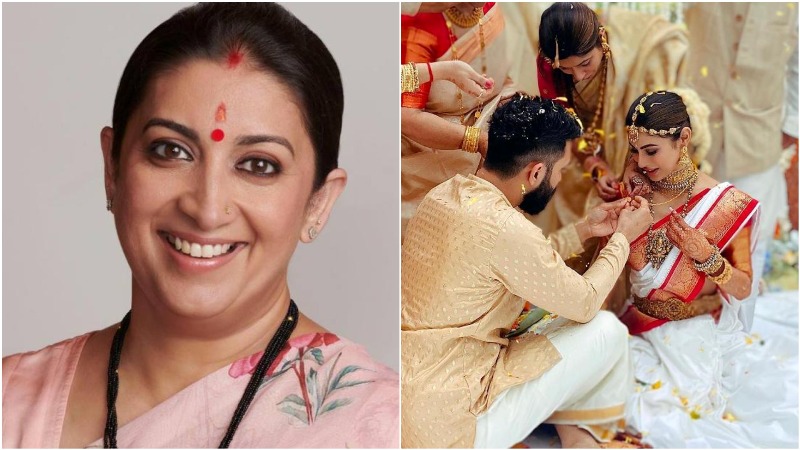 Mouni Roy, who is a very popular television actress and has appeared in Bollywood films, tied the nuptial knot with her boyfriend Suraj Nambiar in Goa on Thursday.

The wedding was attended by actors such as Mandira Bedi and Aashka Goradia and while it's not clear if Irani was there as well, she did post pictures from the wedding ceremony.

In her message alongside the images, Irani wrote: "This girl came into my life 17 years ago. They claimed she was a novice then but such was her wisdom that she brought warmth and much joy along with the life lessons she infused amongst those who are lucky to have her as a friend, as family."

"Today she begins a new journey. May all the Gods be kind and bless her with happiness, prosperity and good health. For the boy... well, you are one hell of a lucky man. God bless Suraj Nambiar, love you Mouni Roy," Irani added.

Mouni Roy was cast as Krishna in the last two years of 'Kyunki Saas Bhi Kabhi Bahu Thi', where she played the role of the adoptive daughter of Tulsi Virani, a character successfully donned by Smriti Irani.

Smriti Irani later quit showbiz for politics but remains close friends with Mouni, producer Ekta Kapoor and others from the television fraternity.