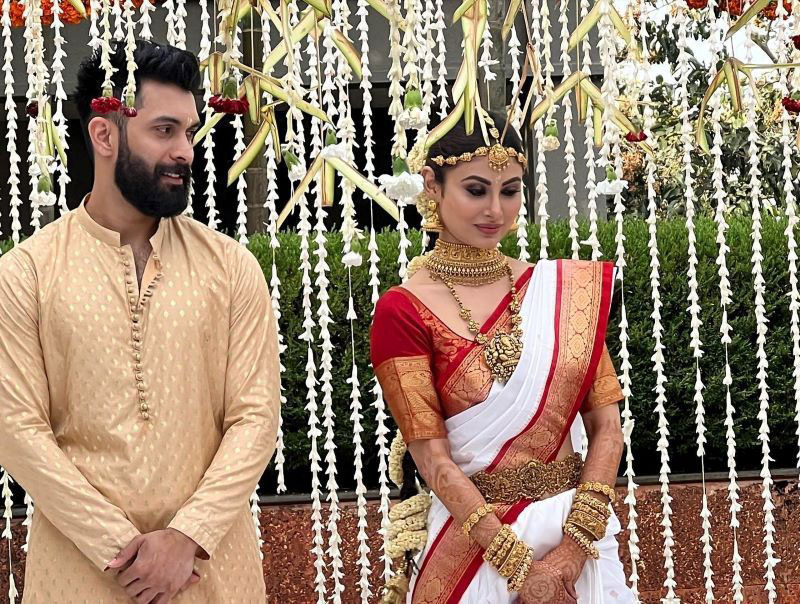 The first picture was dropped on social media by actor Arjun Bijlani, who was one of the attendees of the wedding.

Roy, who got married in south Indian style, wore a traditional Bengali attire of white saree with red and gold embroidery styling with red blouse.

Bijlani shared the picture calling the two"Mr and Mrs Nambiar !!"

Bijlani on Wednesday shared a glimpse of Roy's haldi ceremony as the wedding festivities began a day ago.

Roy, a popular face on television, made her Bollywood debut with 'Gold' in 2018.

Later she went on to act in 'Romeo Akbar Walter', 'Made in China' and 'London Confidential'.