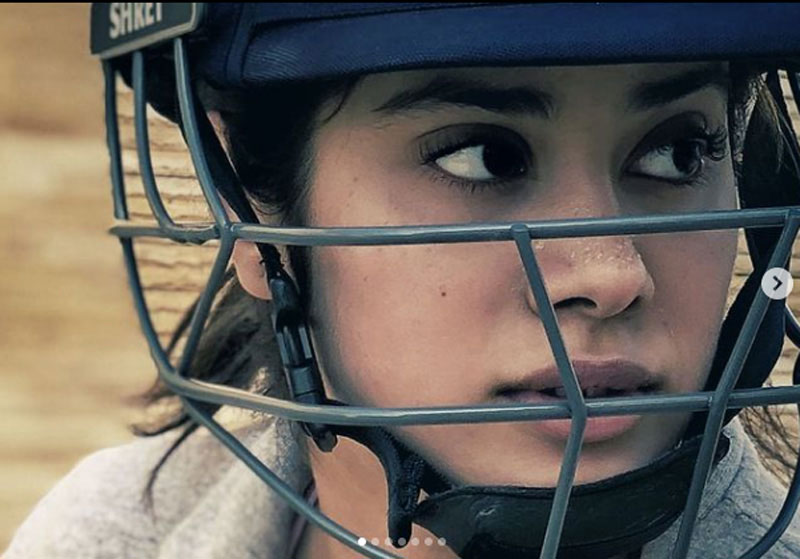 Actress Janhvi Kapoor knows how to surprise her audience and on Wednesday she shared several images from her cricket camp where she could be seen practicing the game for her upcoming release Mr and Mrs Mahi.

Kapoor could be seen wearing a helmet and waiting to face the next ball in the image she shared for her fans on Instagram.

She captioned the image simply as: "cricket camp #MrandMrsMahi."

In one of the images shared by the actress, cricketer Dinesh Karthik and director Sharan Sharma can be seen playing cricket with presumably Janhvi.

The movie will also feature Rajkummar Rao in the lead role.