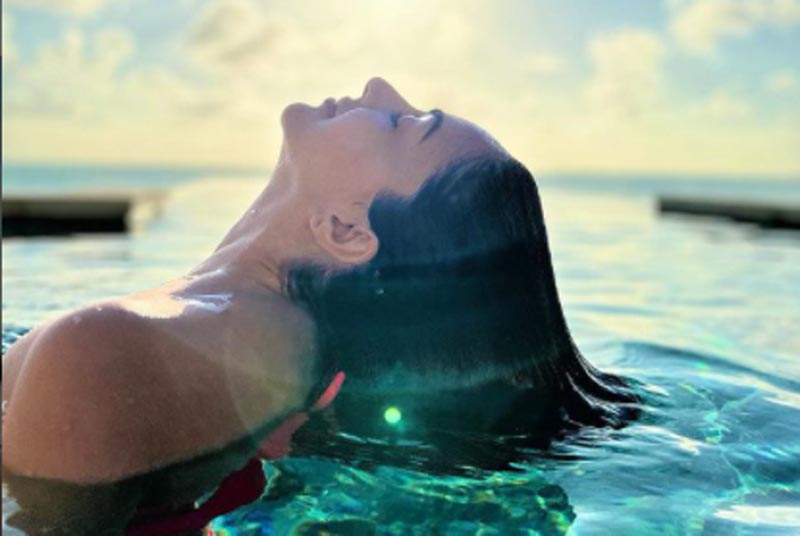 Kiara Advani looks stunning in her vacation pic, check out

Mumbai: Actress Kiara Advani set travel goals for her fans by sharing some gorgeous images of herself on Instagram where she could be seen enjoying the blue water.

However, it seems that the image is a throwback picture from her visit to Maldives.

"Seas the day," she captioned the image.

Fans were left impressed by the image as the caption section is seen flooding with heart and fire emojis posted by fans.

Kiara was last seen in the movie Shershaah.

Advani's career advanced with a critically praised role in the Netflix anthology film Lust Stories (2018), and for playing the leading lady in the Telugu political thriller Bharat Ane Nenu (2018), and the Hindi films Kabir Singh (2019), Good Newwz (2019), Laxmii (2020) and Shershaah (2021).