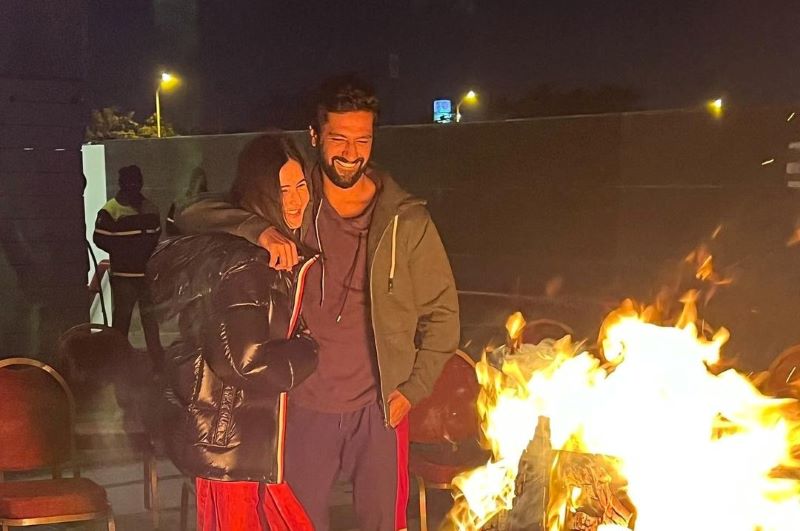 Mumbai/IBNS: Bollywood superstar Katrina Kaif was closely held, quite romantically, by her actor husband Vicky Kaushal as the newly-wed couple was spotted celebrating folk festival Lohri, which is celebrated primarily in north India.

Kaushal took to Instagram to share a picture where he is seen holding Kaif with one of his arms in front of a bonfire.

The actor said in the picture, "Happy Lohri!"

Kaif and Kaushal, who had never publicly spoken about their relationship, got married in Rajasthan away from media glares on Dec 9, 2021.

If reports are to be believed, the two will be seen together on screen for the first time in Farhan Akhtar's 'Jee Le Zaraa', which also stars Priyanka Chopra and Alia Bhatt in the lead roles.