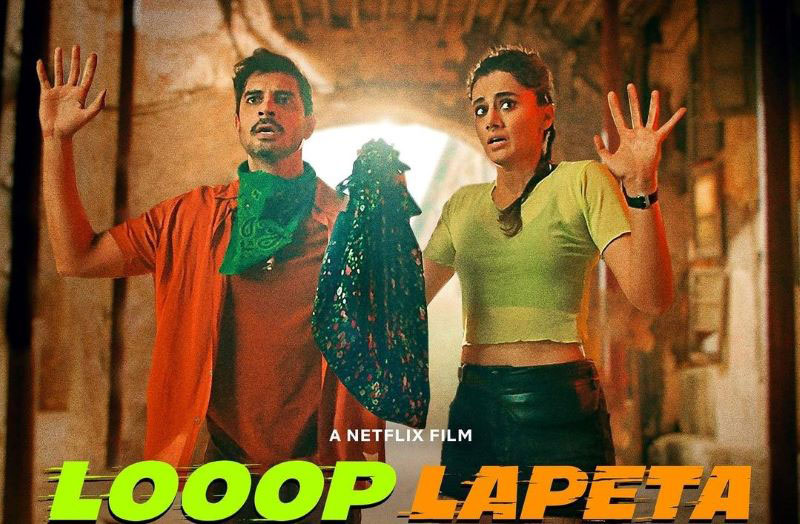 Mumbai/IBNS: The trailer of upcoming Hindi film 'Looop Lapeta' shows actress Taapsee Pannu's struggle to save her boyfriend, played by Tahir Raj Bhasin, whom she called "useless" at one point.

Pannu, who is Savi in the film, has 50 minutes to arrange Rs. 50 lakh to save her boyfriend, named Satya.

While Satya is seen to have a "love at first fight" with Savi, the latter wants to "settle down" but is compelled to run again.

The film, directed by Aakash Bhatia, is a Hindi adaptation of German film 'Run Lola Run'.

'Looop Lapeta' is scheduled to release on Netflix on Feb 4.