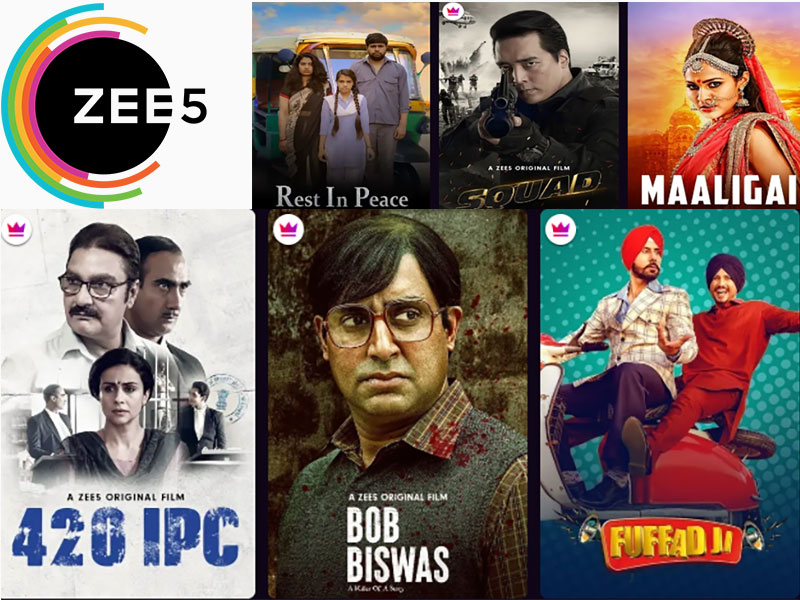 Diversity and Creativity are the Hidden Secrets of ZEE5 Originals!

Streaming services are booming, thanks to relatable and engaging content offerings. One platform that stands out from the rest this year was ZEE5. Like clockwork, the streaming platform kicked off each month with an exciting line-up of new films and web series that kept the viewers entertained. The original programming of the platform left a remarkable impression on the viewers. ZEE5’s burgeoning library of original movies and blockbusters makes it one of the leading players in the streaming game. However, one may remain curious about how the platform has captured a global audience. Let’s explore the secret sauce that led to the success of ZEE5 originals.

Instead of trying out the typical Bollywood formula, the platform decided to break the mold and make movies that mix realism with entertainment. The unconventional approach, compelling stories, and experimental filmmaking methods of ZEE5 originals have brought uniqueness to the OTT space. Movies like Helmet, Rashmi Rocket, Bob Biswas, 14 Phere, and more have proven the platform’s ability to experiment and delight audiences.

Keeping Diversity at its Core

Over the years, regional content has gained a solid footing in the entertainment industry. However, there is a significant shortage of quality local content. ZEE5 follows the vision of bringing ‘Entertainment Inclusivity’ to audiences. This includes curating premium content for a diverse audience. The platform has proved itself to be a multilingual storyteller and has created a digital ecosystem where diversity is highly valued.

The expanding slate of ZEE5 originals celebrates India’s cultural spirit by bringing out compelling narratives to audiences globally. The virtual repository of ZEE5 features original movies in more than 12 regional languages. Being a consumer-first brand, ZEE5 believes in creating diversified content to entertain audiences from all walks of life. The platform has created masterpieces like Chithirai Sevvaanam, Oka Chinna Family Story, and more. The OTT giant continues to invest in making quality regional content for audiences all over India.

When we talk about the movie-watching experience in India, convenience and quality content are important metrics that keep the audiences hooked. ZEE5 originals have successfully filled the shoes in both these categories.

The platform is the ultimate destination for audiences to stream binge-worthy content at their fingertips. With audiences hungry for authentic, out-of-the-box, and diverse stories, ZEE5 originals provide immersive entertainment that has captured the audience's eyeballs and hearts. At its core, ZEE5 aims to curate movies that evoke unfiltered emotions and resonate with audiences.

With over 2 lakh hours of on-demand content, ZEE5 has opened doors for many independent filmmakers and actors. The platform has successfully eliminated linguistic, cultural, and geographical boundaries and has allowed new talents to showcase their creativity. It recently launched its Global Content Festival to promote diverse entries from young creators and independent filmmakers. From explosive action thrillers to heart-warming romantic comedies, ZEE5 original movies feature actors and filmmakers from varied backgrounds that have helped the platform push the envelope further.

ZEE5 Originals is a Treasure-Trove of Diverse Stories

ZEE5 has upped the ante by delivering a bouquet of top-notch content at your convenience. The platform has transformed the landscape of content viewing with more than 200+ original movies. From dubbed content to popular regional stories, the world of ZEE5 is ever-expanding with stories that motivate and inspire a global audience.