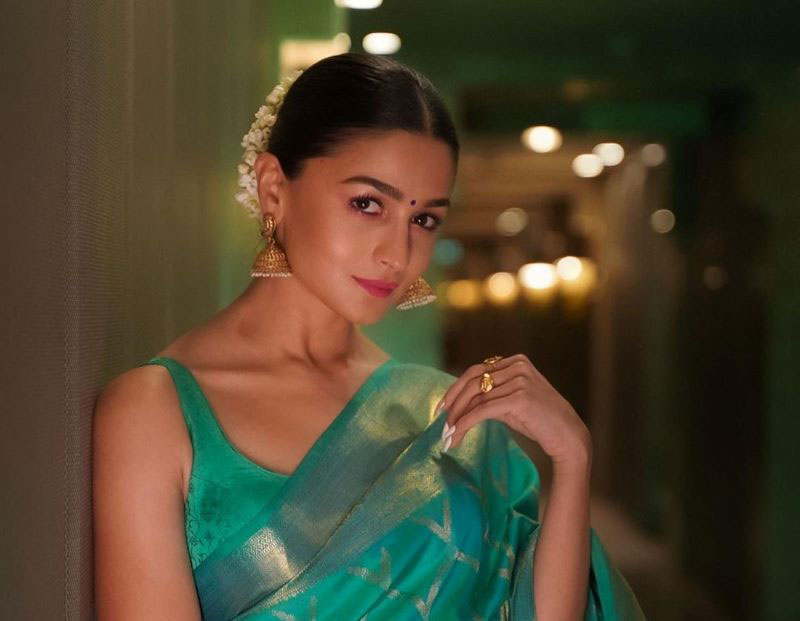 Bhatt in an Instagram post posed in a green 'Kanjeevaram' saree paired with a sleeveless blouse of the same colour.

The trailer of 'RRR' was released in Goregaon on Thursday in presence of the lead cast.

Besides Bhatt, the film stars Ram Charan, Ajay Devgn and Jr NTR in the lead roles.