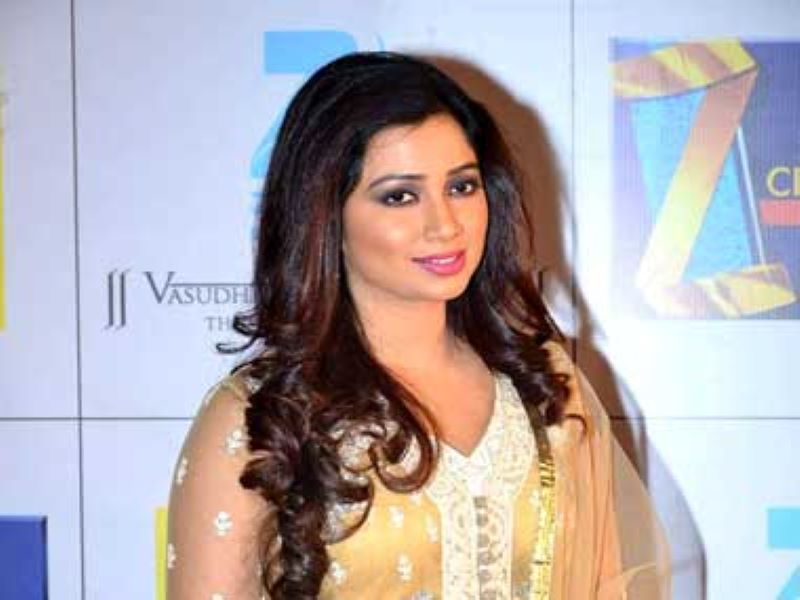 Mumbai/IBNS: After Parag Agrawal's elevation as the CEO of Twitter, Indian singing sensation Shreya Ghoshal has been trending for a connection they have been sharing for more than 10 years and the internet's collective memory also has a role to play in it.

Years ago, Agrawal in a friendly exchange tweeted about how they are doing in life.

The other one is a tweet from Parag Agrawal reads: "Nice DP, kya haal chaal hain."

As the old tweets between the two were shared by the users repeatedly, Shreya Ghoshal reacted to the bombardment of tweets and she wrote: "Arre yaar tum log kitna bachpan ka tweets nikaal rahe ho. (You guys are digging out tweets from childhood)."

She added, "Twitter had just launched. 10 years pehle! We were kids! Dost ek dusre ko tweet nahi karte kya? Kya time pass chal raha hai yeh ( Do friends not tweet to each other? What is this time pass)?"

The 37-year-old joined Twitter in October 2011 as an ads engineer.

The singer also congratulated her friend on the milestone.

Congrats @paraga So proud of you!! Big day for us, celebrating this news♥️♥️♥️ https://t.co/PxRBGQ29q4

Back in 2010, the singer had wished Prag Agrawal on his birthday and even asked people to follow her 'bachpan ka dost' on social media.

"Hey all! Found another bachpan ka dost! Foodie and traveller... A Stanford scholar! Follow @paraga. It was his b'day yesterday! Wish him pls." Replying to her post at the time, Parag Agrawal tweeted back: "Aila. You are influential. Followers and Twitter messages flooding in."

@shreyaghoshal Aila. You are influential. Followers and twitter messages flooding in.

However, the tweeter users dug out several other tweets where Parag Agrawal had communicated with Shreya Ghoshal and reminsced their days of friendship.

In another tweet Parag Agrawal seems to be sharing the day-to-day things of his life.

Parag Agrawal had earlier posted a photo with Shreya on his Instagram profile. The photo seems to be from Shreya’s wedding to Shiladitya Mukhopadhyaya in 2015.

Shreya Ghoshal married Shiladitya Mukhopadhyaya on February 5 in 2015 after dating for several years before getting married.