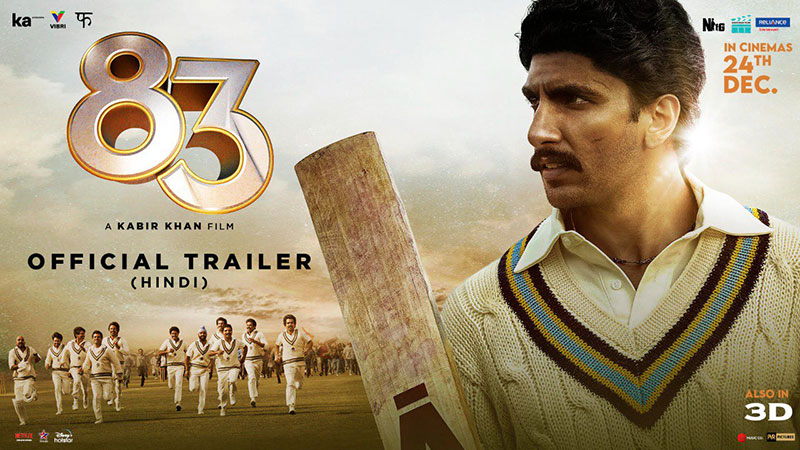 Mumbai/IBNS: Bollywood actor Ranveer Singh did all to portray cricket legend Kapil Dev, who led India to their maiden World Cup victory, in upcoming Hindi film '83', the trailer of which was released on Tuesday.

The sports biography is not just about Kapil Dev but all members of the winning team have been portrayed by distinguished actors.

Actor Pankaj Tripathi plays a significant role in '83', which is directed by Kabir Khan.

Singh's actress wife Deepika Padukone will be seen playing Romi Dev, who is the spouse of Kapil Dev, on screen.