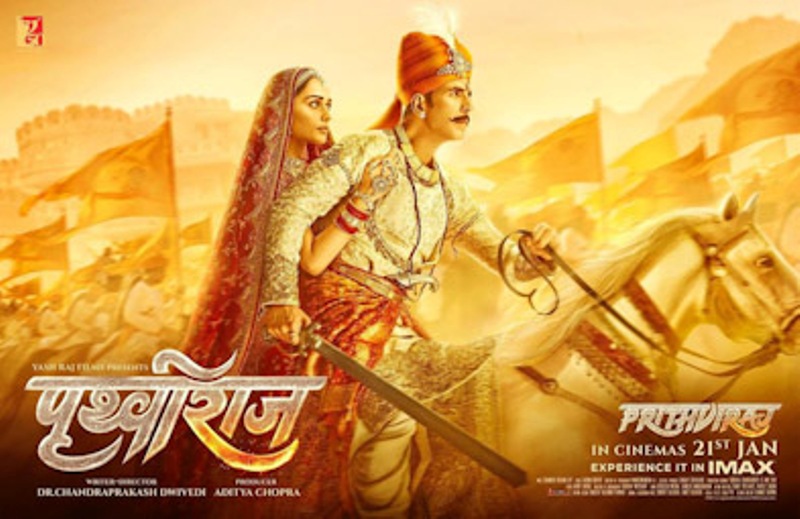 Akshay Kumar is set to roar at the silver screen with another period movie as makers of his upcoming movie Prithviraj released the teaser of it on Monday.

The movie will also mark the debut of former Miss World Manushi Chhillar.

The movie is directed by Chandraprakash Dwivedi and produced by Yash Raj Films.

A heroic story about pride and valour. Proud to play Samrat #Prithviraj Chauhan. Celebrate #Prithviraj with #YRF50 only at a big screen near you on 21st January’22.@ManushiChhillar @duttsanjay @SonuSood #DrChandraprakashDwivedi @yrf pic.twitter.com/GzNyMoTKux

The film is based on Prithviraj Raso, a Braj Bhasha epic poem about the life of Prithviraj Chauhan.

The movie is scheduled to release next year.