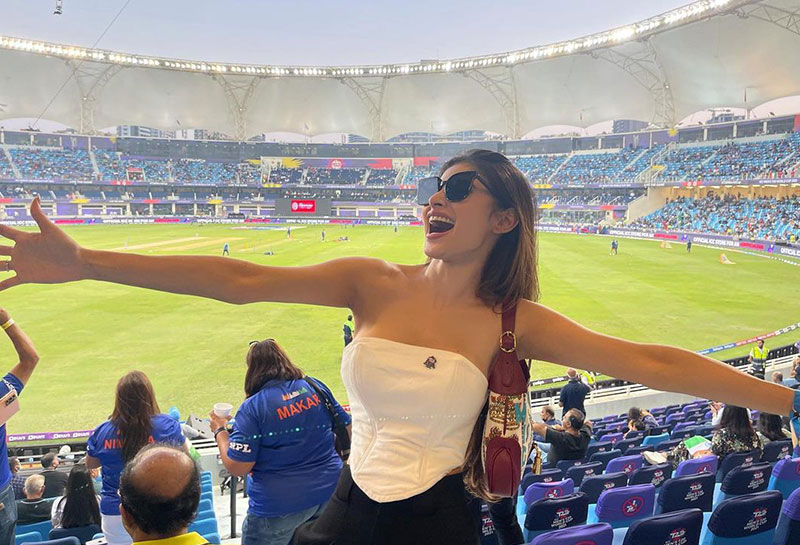 We lost the match but, Akshay Kumar's glimpse made us feel great 😍🔥 #INDvPAK pic.twitter.com/i7gr5mnhOL

One face which flashed on television screens multiple times when Kohli slammed a six or Rishabh Pant hit a boundary was the one of actress Urvashi Rautela.

Senior Bollywood actress Preity Zinta was spotted with her husband Gene Goodenough in the stands enjoying the match.

While Preity was holding a tri-coloured hand fan, her spouse was wearing a t-shirt with India imprinted on it.

In an Instagram post, she said, "INDIA INDIAAAAAAA @bookingcom truly made it easier for us to experience one of the most awaited and cherished cricket matches first-hand. Super excited to watch India’s first match at the ICC Men’s T20 World Cup!"

Former Miss World and actress Manushi Chillar shared a picture from Dubai saying, " Down but not out..."

On the cricket field, however, India suffered a massive defeat in the hands of Pakistan, who won the match comprehensively by 10 wickets.