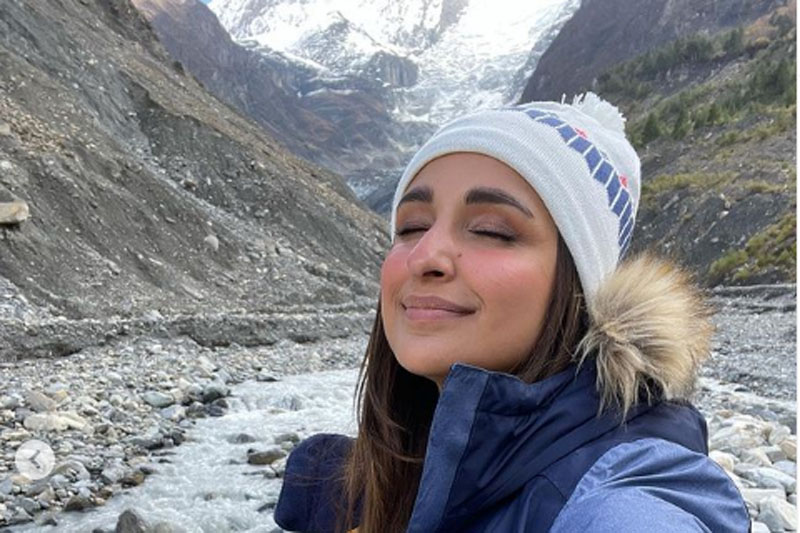 Mumbai: Actress Parineeti Chopra is enjoying her Nepal visit at present and she posted several images on Instagram to give a glimpse of her travel diary to her fans on Sunday.

Parineeti could be seen cherishing the natural beauty of Nepal where the temperature was touching minus four degree celsius.

However, it is not a travel vacation for Parineeti. She is currently busy shooting for Sooraj Barjatya's Uunchai in Nepal.

Parineeti Chopra made her acting debut with an acclaimed performance in the 2011 romantic comedy Ladies vs Ricky Bahl, winning the Filmfare Award for Best Female Debut and a Best Supporting Actress nomination.

She followed it by garnering widespread critical acclaim for her starring roles in the box office hits— Ishaqzaade (2012), Shuddh Desi Romance (2013) and Hasee Toh Phasee (2014).