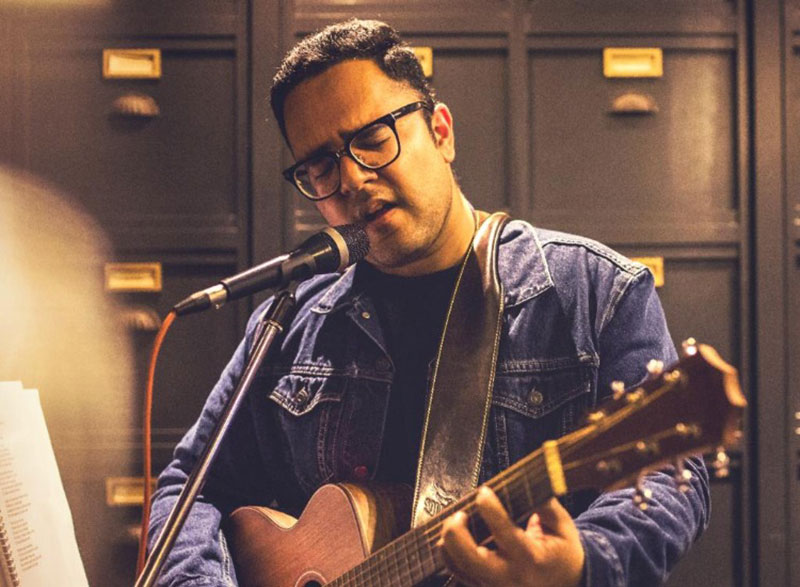 Nikhil's oeuvre ‘Nayab’ and ‘Sitaron Ka Saaya’ have already received one million views with 50,000 listeners tuning in every month from over 90 countries.

The well-known musician has also been featured in The Rolling Stones India, The Vibe Magazine, and WTS India.

The pop ballad presents the pair's vulnerability through the production of Keshav Dhar, a veteran producer.

Dhar has recently worked on Metallica’s latest album ‘Blacklist’ along with some top dogs of Bollywood, while also contributing music scores for popular web series on Netflix and Amazon Prime.

With over four million followers on her social media handles, Shraddha has garnered immense traction from music lovers and recognition for her work.

The pop ballad released on Oct 15 is her first original release in eight years on Swaroop's composition and music.

Azal which means ‘eternal’ or ‘from the beginning’ in Urdu is a song about one’s first love, said Shraddha.

“Azal is that love which has been there in our hearts from the beginning and as we grow older the fond memories continue to live with us today,” she added.

Her latest release with Swaroop is available on music platforms like Ganna and Spotify among others.