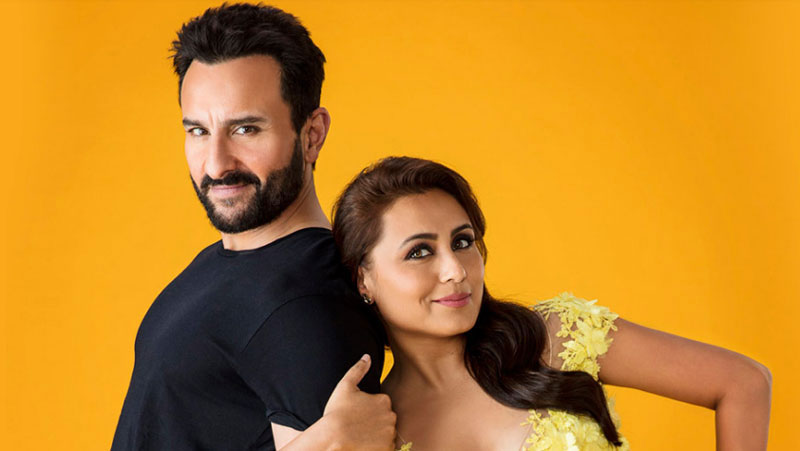 Mumbai: Rani Mukherjea and Saif Ali Khan are back together and this time with their new movie Bunty aur Bubli 2.

A teaser of the film was released by the makers on Friday where one can get a glimpse of what they can expect from the movie.

However, the answer to the question of who are the real 'Bunty aur Babli' in the movie remains unanswered even in the interesting teaser.

The teaser starts with Rani and Saif discussing their happiness of working together after 12 years.

However, Siddhant Chaturvedi and Sharvari crash the sets when Saif and Rani gear up for their shot, claiming to be the real 'Bunty and Babli'.

Confused by the development, Rani asks film's producer and her husband Aditya Chopra to meet her about the script change.

Bunty Aur Babli 2 is an upcoming Indian Hindi-language crime comedy film produced by Aditya Chopra. It is directed by Varun V. Sharma, in his directorial debut, and serves as a spiritual sequel to the 2005 film Bunty Aur Babli.

Bunty Aur Babli was a 2005 Indian Hindi-language crime comedy film directed by Shaad Ali and written by Jaideep Sahni, based on a story by Aditya Chopra, who served as producer under the Yash Raj Films banner.

The film starred Abhishek Bachchan and Rani Mukerji in the title roles, along with Amitabh Bachchan, marking the first motion picture starring the Bachchan father-son duo together.