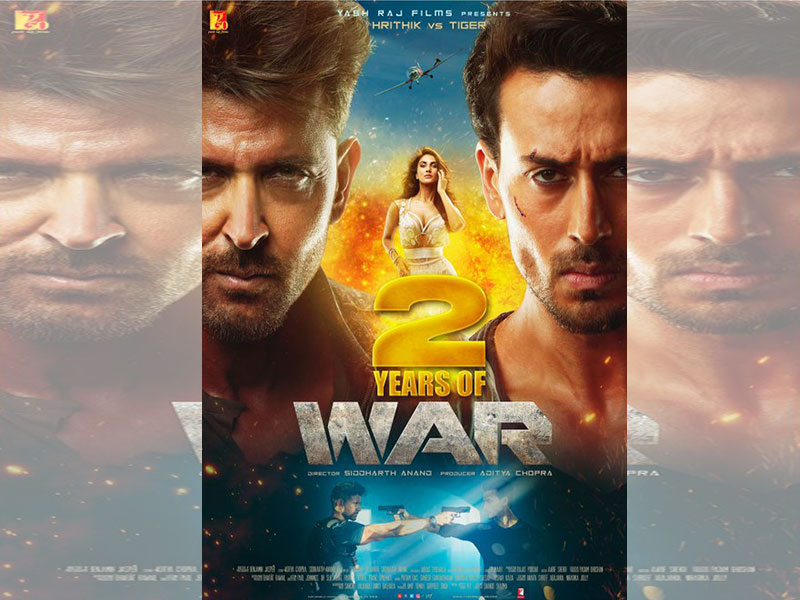 Mumbai: Director Siddharth Anand shared some good news to his followers as he said a sequel of his 2019 hit movie War is in the pipeline.

“We knew that if War works, we will make a sequel. [Aditya Chopra, producer] and I have shared some thoughts on how to take it forward. We will hopefully start it by next year. War 2 is a big responsibility, and we need normalcy [to be restored] before we can dive into it,” he told Mid-Day.

“We have not yet thought whether Hrithik and Tiger will come back, or whether we’ll rope in a different cast," he said.

War emerged as one of the biggest hits of 2019.

The action movie was produced by Aditya Chopra under his banner Yash Raj Films.

The movie hit the silver screen on Gandhi Jayanti.

Feeling nostalgic, Hrithik said he misses everything being on the set of the film.

Man i miss this! One of my best experiences going head to head with one of my idols. #2yearsofwar @iHrithik @Vaaniofficial @yrf #siddharthanand pic.twitter.com/sAMqdW8gDE

"Miss everything about being on this set - co-working, collaborating, CREATING. #2YearsOfWar," the superstar tweeted.

Actor Tiger Shroff said: "Man i miss this! One of my best experiences going head to head with one of my idols.#2yearsofwar@iHrithik@Vaaniofficial@yrf#siddharthanand."