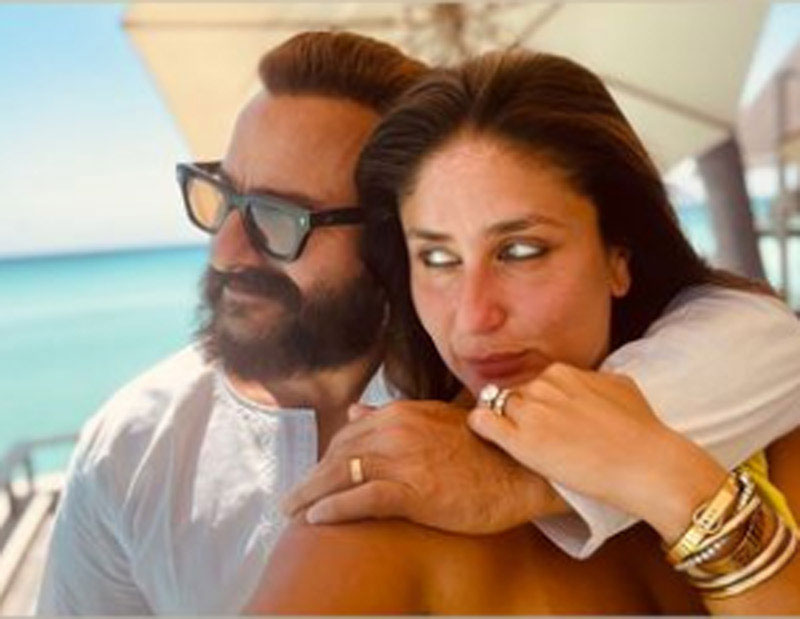 Mumbai: Kareena Kapoor Khan brought smiles on the faces of her fans as she posted a special image with hubby Saif Ali Khan on her birthday morning.

In the image Kareena and Saif could be seen spending some time together.

The image showed how the duo spent Kareena's birthday together.

Kareena is vacationing with her family at present to mark her birthday.

Bebo, as she is fondly called, made her debut in the year 2000 opposite Abishek Bachchan in the film Refugee. She soon found her ground in the mega movie industry and movies like Asoka, Kabhi Khushi Kabhie Gham, Chameli, Omkara, Jab We Met  followed.

She was last seen in the movie Angrezi Medium.

She will soon be seen opposite Aamir Khan in Laal Singh Chaddha.

The couple has two children Taimur and Jehangir.