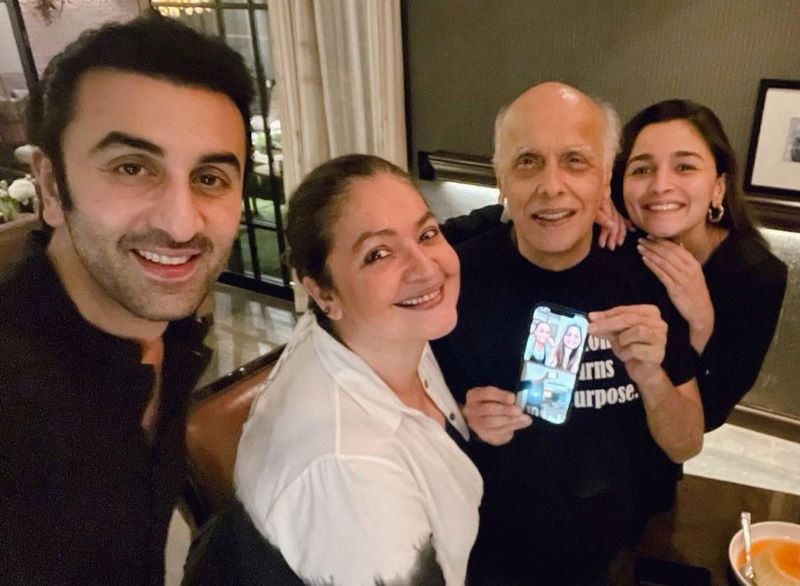 In one of the pictures, Mahesh Bhatt was seen with his other daughter Pooja Bhatt and Alia's actor boyfriend, Ranbir Kapoor.

Mahesh Bhatt is an Indian director, producer and screenwriter, who is credited for a number of successful Bollywood films.

His last directorial film Sadak 2, which also starred Alia, was released in 2016.