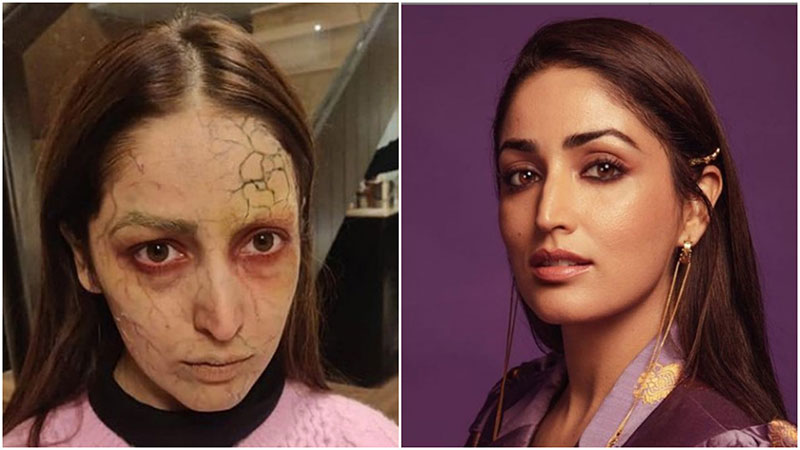 Mumbai: Bollywood beauty Yami Gautam's Bhoot Police released recently but on Tuesday she shared how it took three hours for her to transform herself into a ghost.

She shared a behind the scene image from the set of the movie on Instagram for her fans and wrote: "My love for horror films was one of the main reasons that got me excited to play the part in #BhootPolice, where I get ‘possessed’. It wasn't easy as it took 3 hours for me to get into this look and 45 mins to get out of it, each day, shooting bare feet & with cable work, throughout the chilly nights in Himachal."

Yami said she was suffering from a neck injury during the shooting for the film.

"Despite my neck injury, I wanted to do everything myself, and my Yoga practice helped me to achieve it to a great extent," she said.

"Although, I wish I could take some professional training but the pandemic restrictions made it impossible at that time. I did whatever best I could on the set! These are a part of the challenges that come along with the profession I love so much! ❤️ And I will do it again and again! Thank you for giving me so much love, again & making the pain seem absolutely worth it!" she said.

It was released on Sept 10.