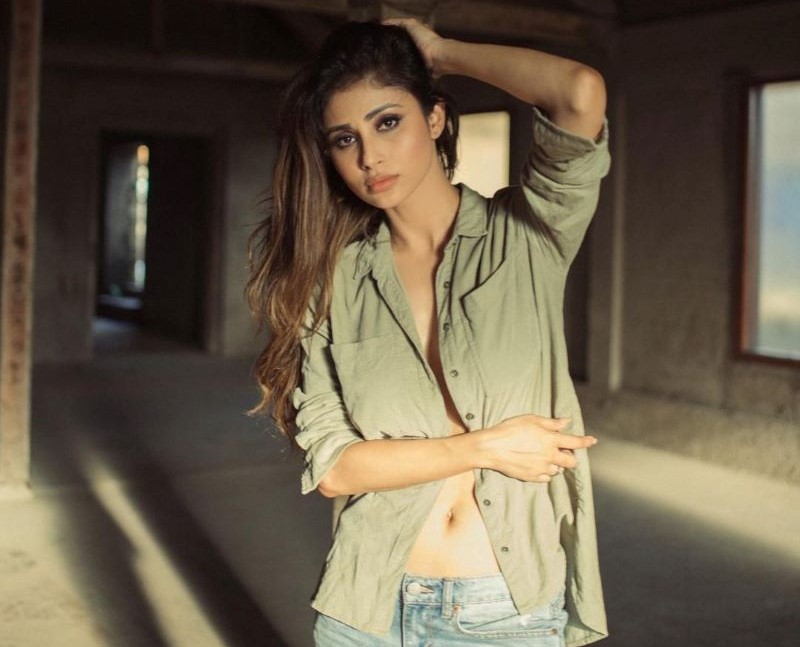 Mumbai/IBNS: Bollywood actress Mouni Roy has left her fans and followers amazed, yet again, with her latest sizzling pictures of herself on social media.

Mouni took Instagram by storm by posting one after the other pictures in her bold avatar.

In the pictures, the B-Town star sported a pair of ripped jeans and an olive green shirt, whose button was left open.

In one of the posts, she says, "Live the mystery don’t try and solve it.."

In another post, the actress says, "Write me of hope and love, and hearts that endured.."

Mouni became a household name with her appearance in the television show Naagin.

She was seen in Bollywood movies Made In China and Gold.