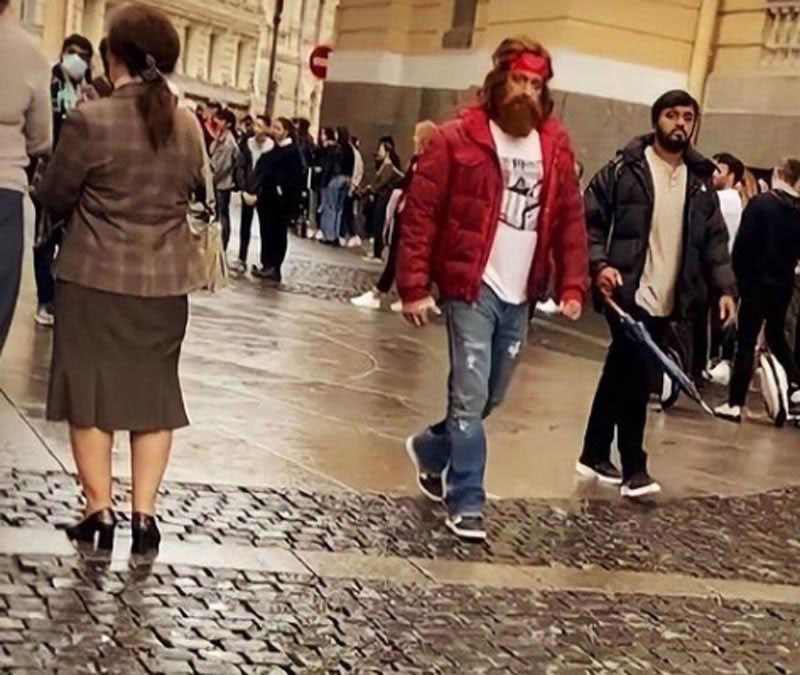 Mumbai: Few images have gone viral on the internet which fans claim were taken on the sets of Tiger 3 and Salman Khan features in it.

Salman's probable look from the movie was unveiled in the picture.

The pictures were reportedly taken from the set of the movie in Russia.

In the images, Salman Khan, who has featured in all the Tiger movies, could be seen sporting a bushy brown beard, long hair, a red bandana, a white tee, blue jeans and a red jacket.

Actor Emraan Hashmi is also part of the project.