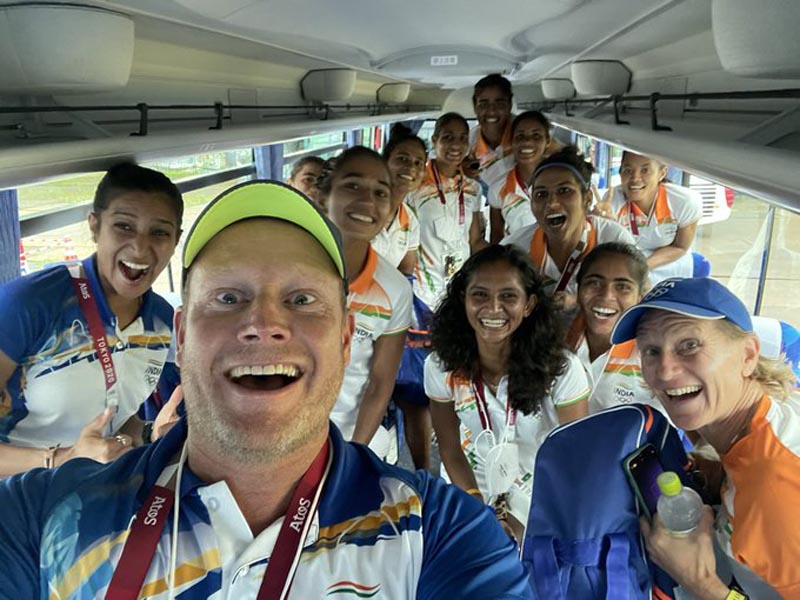 Shah Rukh Khan, who had played the role of reel life coach Kabir Khan in the movie Chak De! India, tweeted: "Haan haan no problem. Just bring some Gold on your way back….for a billion family members. This time Dhanteras is also on 2nd Nov. From: Ex-coach Kabir Khan."

In the 2007 released hit movie, Khan was seen coaching the Indian women's side that won the World Cup.

Sjoerd Marijne is currently the man of the moment as under his guidance the Indian eves reached the semi-finals of the tokyo Olympics by beating Australia on Monday.

Interestingly, he reacted to SRK's post and said, "Thank you for all the support and love. We will give everything again.From: The Real Coach."