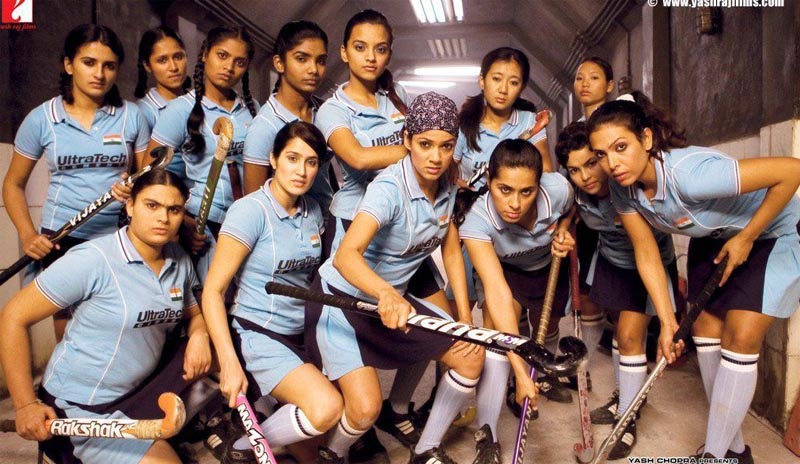 Mumbai: The Chak De! India team on Monday wished Indian women's Hockey team as they defeated a tough Australian squad 1-0 to reach the semi-finals of the Tokyo Olympics.

In the movie, Shah Rukh Khan, who was the coach of the side, helped the reel Indian team win the World Cup.

Sagarika Ghatge, who starred as Preeti Sabarwal in the film, wished the Indian team and posted on Instagram: " The Indian women’s hockey team created history today by entering the olympics semi finals for the first time - congratulations to the whole team and more power to our women👏👏🙌🏼❤️."

Vidya Malavade, who played captain Vidya Sharma in the 2007 film Chak De! India, wrote on Instagram wishing the eves: "Indian Womens Hockey Team creates HISTORY .. at the Tokyo Olympics beating the World No 2 Team Australia 1-0 🙌🏼🙌🏼 My phone hasn’t stopped ringing since morning & I was just a part of the reel .. This .. These women are the REAL DEAL ..such PRIDE .. such GRIT .. so much POWER .. Team INDIA Onwards & Upwards ladies."

Actress Chitrashi Rawat said: "The Indian Women Hockey team has created history today. We are in the semis and the girls have stepped into their power in full glory. 🔥It is a déjà vu moment for us ..not so long ago we had the privilege to experience the feeling of winning for our country in #chakdeindia 🇮🇳
More Power to the Girls."

Actress  Shilpa Shukla remarked: " Ya Man ❤️ almost 14 years back on 10 of August Chak de India was released. It was made with unimaginable love & no words can explain that . Not for fame but to bring back the lost glory.
#womenshockeyteam We got this ❤️
Fingers crossed for semifinal’s."

India will next face Argentina in the semi-finals.