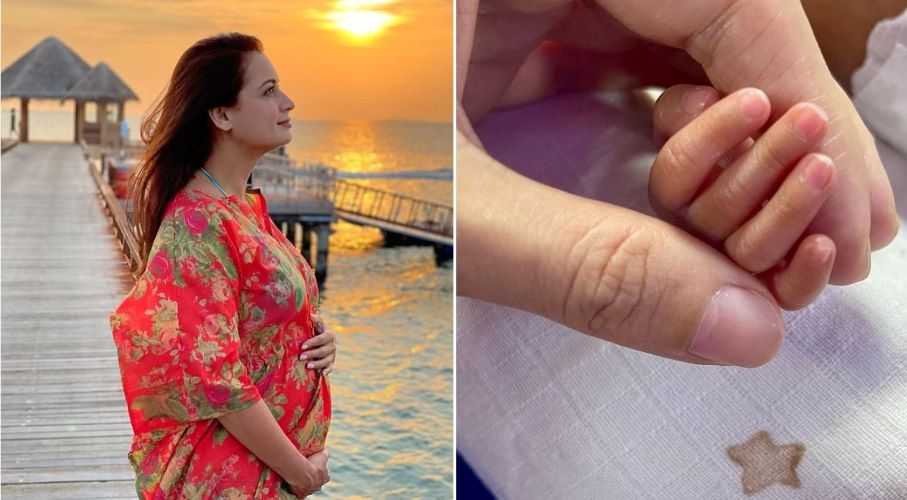 Dia took to Instagram to give a glimpse of her baby, a son, named Avyaan Azaad Rekhi.

In a long post, the actress revealed that her baby was born prematurely through an "emergency C-section" due to  "a sudden appendectomy during my pregnancy and a subsequent and very severe bacterial infection could have led to sepsis and proven to be life threatening".

"These words perfectly exemplify Vaibhav & my feelings right now. Our heartbeat, our son Avyaan Azaad Rekhi was born on May 14th. Having arrived early, our little miracle has since then been cared for by tireless nurses and doctors in the Neonatal ICU," Dia says.

Dia, who got married to businessman Vaibhav Rekhi in Feb, 2021, had announced her pregnancy in April.