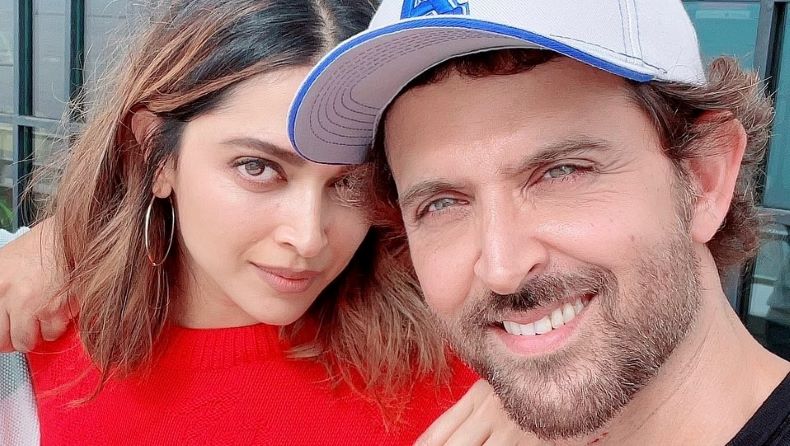 Mumbai/IBNS: The much awaited first collaboration of Bollywood actors Deepika Padukone and Hrithik Roshan is ready to set rolling.

Hrithik on Friday shared a few pictures on Instagram to inform her fans and followers that the project is ready to begin.

The film, titled Fighter, is ready to "take off", as per the actor's caption in the Instagram post.

"This gang is ready for (to) take off," Hrithik says, prompting Deepika to comment, "Yes!As soon as we digest that food though!"

The film, which is to be directed by Siddharth Anand, was announced on Hrithik's birthday on Jan 10 this year.

Fighter, which will be "India's first aerial action franchise", is expected to be released in 2022.

Presenting a glimpse of the MARFLIX vision as #Fighter! Looking forward to my first flight alongside the exceptional @deepikapadukone. All buckled up for this #SiddharthAnand joyride. pic.twitter.com/gaqv53xbO9

Hrithik had earlier collaborated with Anand in the 2014 Hindi film Bang Bang! as well as his latest project War, which hit the big screens in 2019.

Deepika, who is waiting for the release of 83, began her shooting for Shah Rukh Khan starrer Pathan in Dec 2020.