For seven days in a row, Dilip Kumar had watched all three daily shows of the 1943 American war film For Whom the Bell Tolls, starring his favourite actor Ingrid Bergman.

To watch the same film for seven days and all three shows in a cinema house in Mumbai might sound insane to many, but that was what made Dilip Kumar  a legend and a true student of cinema, becoming an institution in himself and introducing method acting even before the term was known to the movie world.

He would recall the feat of watching the same film three shows a day for a week in an interview after being conferred India's highest film honour Dadasaheb Phalke in 1994, revealing what preparations he took as an actor to essay roles, mostly laced with pathos of life and pain of doomed love which made him the Tragedy King of Bollywood.

Dilip Kumar said he was never confident in front of the camera.

"It intimidates me, as if it is something alive watching you," he would confess.  Ruling the industry with the two other legends of his time -Dev Anand and Raj Kapoor- Dilip Kumar formed the triumvirate of the golden 50s and 60s when they created magic on the screen starring in black and white gems made by legendary directors and with their celluloid chemistry with heroines who were true screen goddesses.

The actor, who made his film debut in 1944 with Jwar Bhata from Bombay Talkies (directed by Amiya Chakraborty) and went on to become a Hindi film legend dominating the silver screen for nearly five decades till the 1990s, passed away in Mumbai's Hinduja Hospital where he was undergoing treatment for the past several days.

Dilip Kumar was born on  Dec 11,1922 in Peshawar (now in Pakistan). He was one of the twelve children of Lala Ghulam Sarwar Khan and his wife Ayesha Begum.  His father was a fruit merchant who owned orchards in Peshawar and later in Nashik. He studied at Barnes School, Deolali, Nashik in India.

His first film Jwar Bhata happened after Dilip Kumar's chance meeting with the legendary Devika Rani and filmmaker Amiya Chakrabarty in Nainital where they were hunting for a shoot location.

Devika Rani met Dilip Kumar (then Yusuf Khan before his screen name Dilip Kumar) there by luck, and she asked him to meet in Mumbai which he did. The rest as all know is history.

But Dilip Kumar, who was an athlete and used to play soccer and cricket, soon learnt that acting in film is not easy.  In his first film he was asked to run and save the heroine from committing suicide. He ran faster being an athlete and the camera could not capture him while he also kind of hurt the heroine holding her too hard.

"Catching the heroine [too hard that hurt her], running... humiliation. I understood that it is not so easy," he would recall.

After Jwar Bhata he acted in several films but the superhit came with Andaz in 1949 from the stable of Mehboob Khan. Paired with Nargis and Raj Kapoor, it was a love triangle.

Dilip Kumar became a method actor quite unconsciously, according to movie industry watchers. Media reports quoted screenwriter Javed Akhtar claiming that he was perhaps the first method actor in the movie industry and "much before Hollywood's Marlon Brando, the monarch of method." 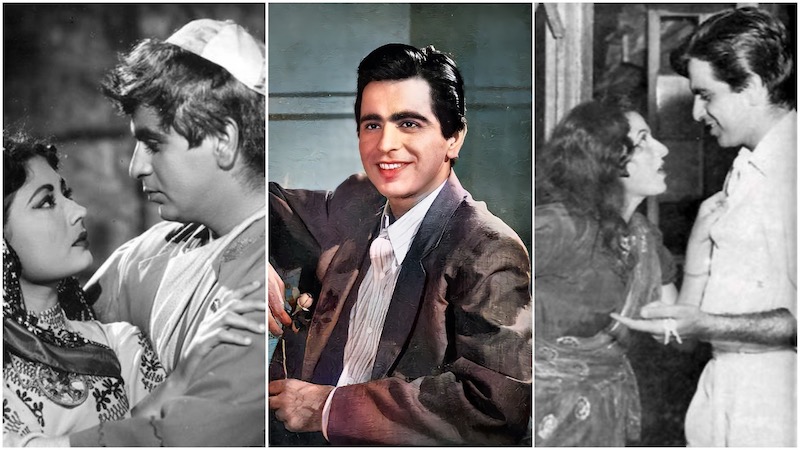 He earned the first-ever Filmfare Award in the Best Actor category for his performance in the 1954 film Daag. He again did it with Azaad, two years later.

With these films and the ill-fated characters he played, he was already the "Tragedy King" of Hindi films.

Dilip Kumar himself produced and starred in Ganga Jamuna opposite another screen legend, actress Vyjayanthimala, presenting much before Deewar a story of two brothers, Ganga and Jamna (Dilip Kumar and Nasir Khan), and their sibling rivalry on opposing sides of the law- one a dacoit and the other a police officer.

Another of his iconic films with Vyjayanthimala was Madhumati in1958. The paranormal romance was directed and produced by Bimal Roy, and written by Ritwik Ghatak and Rajinder Singh Bedi. The haunting soundtrack of the film composed by Salil Chowdhury only added to the intense acting of Dilip Kumar. 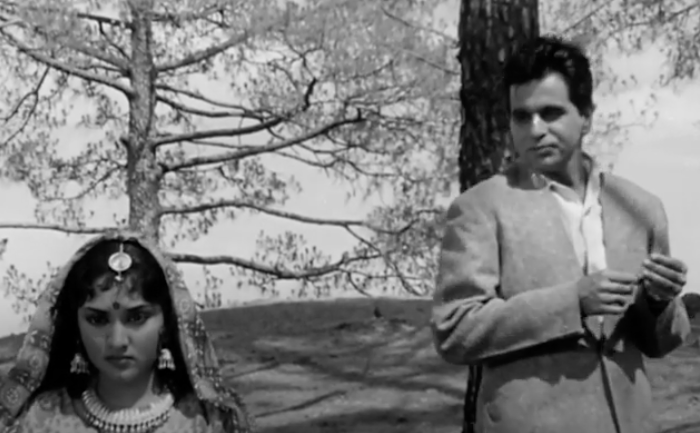 One success followed another.  Ram Aur Shyam in 1967 (a double role where besides his heroines Waheeda and Mumtaz, Pran played the famous villain) is another superhit. It earned him sixth Filmfare Award for Best Actor.

Among his not to be missed films was Dil Diya Dard Liya in 1966 (opposite Waheeda Rehman), based upon Emily Bronte's 1847 novel Wuthering Heights.

After dominating the silver screen as a hero for several decades he switched to character roles in the 1980s.

He starred in films like Kranti (1981) and Shakti (1982), famously pitted against another Bollywood legend Amitabh Bachchan in the latter, playing his father. 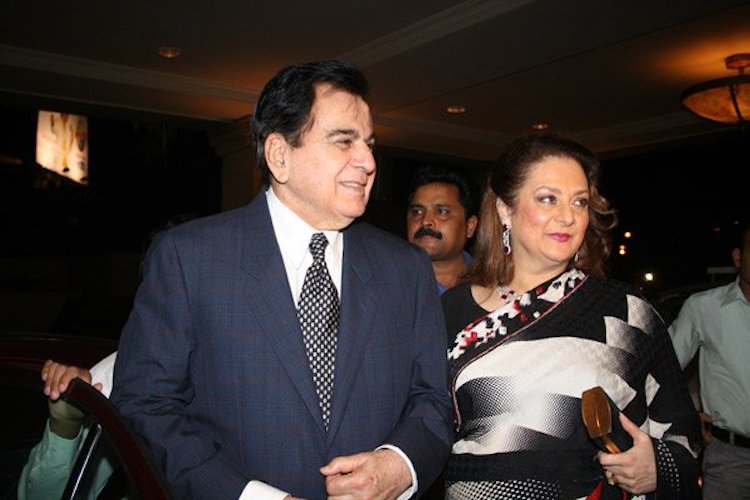 While Dilip Kumar's heroines included screen goddesses such as Madhubala, Meena Kumari, Nargis, Waheeda Rehman and Vyjayanthimala, he had acted opposite his wife Saira Banu in films such as Bairaag, Duniya, Gopi and Sagina Mahato (made in Bengali in 1970 and then again in Hindi in 1974).

Directed by Bengali filmmaker Tapan Sinha, Sagina Mahato is a landmark film of Dilip Kumar shot in Darjeeling (Kurseong), themed on a labour movement of the 1940s when the British were still ruling India. Essaying a boozehound trade union leader fighting for the rights of the tea garden workers, Dilip Kumar in many shots excelled as an actor shedding his usual method acting chops.

Dilip Kumar would later advise actors to not do too many roles driven by lure for money.

"Once you have audience acceptance, you should have less exposure," he would say.

Dilip Kumar also regretted not playing a school teacher ever or a hard-nosed lawyer with a dramatic cross-examination court scene. "I would not like to look morbid," he would say about his tragic hero roles, adding that he in real life tried to enjoy things and be simple.