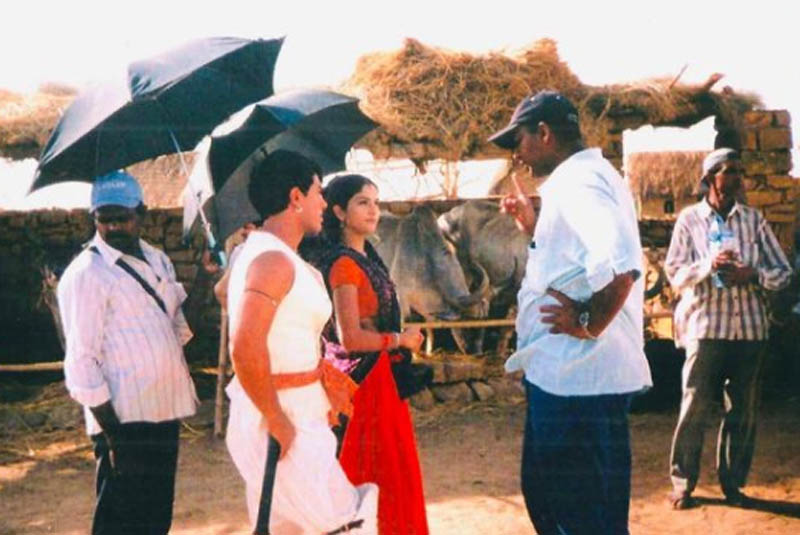 Mumbai: Actress Gracy Singh has shared behind the scene images from her Lagaan days where she could be seen sharing the screen space with Aamir Khan and director Ashutosh Gowariker.

She also shared several other images with co-stars of the 2001 epic movie.

The image gains significance as Lagaan, a movie considered as one of the epic films created in Indian history, completed 20 years of its release.

"This is where my journey in cinema began. I stood in front of a movie camera & cherished every bit of it. 20yrs since this epic released," Singh captioned the image.

"Immense gratitude to #ashutoshgowariker #aamirkhan ,entire TeamLagaan THANKYOU our audience & media for all the love you showered. #20yearsoflagaan #lagaan," she said.

Lagaan, which was released internationally as Lagaan: Once Upon a Time in India, is a 2001 Indian Hindi-language epic musical sports film written and directed by Ashutosh Gowariker, and produced by and starring Aamir Khan, along with debutant Gracy Singh and British actors Rachel Shelley and Paul Blackthorne in supporting roles.

The movie was the maiden project from Aamir Khan Productions and was shot in villages near Bhuj.

The film is set in 1893, during the late Victorian period of India's colonial British Raj.

The story revolves around a small village in Central India, whose inhabitants, burdened by high taxes, and several years of drought, find themselves in an extraordinary situation as an arrogant British army officer challenges them to a game of cricket, as a wager to avoid paying the taxes they owe.

The narrative spins around this situation as the villagers face the arduous task of learning a game that is alien to them and playing for a result that will change their village's destiny.

It became the third Indian film to be nominated for the Academy Award for Best Foreign Language Film after Mother India (1957) and Salaam Bombay! (1988).