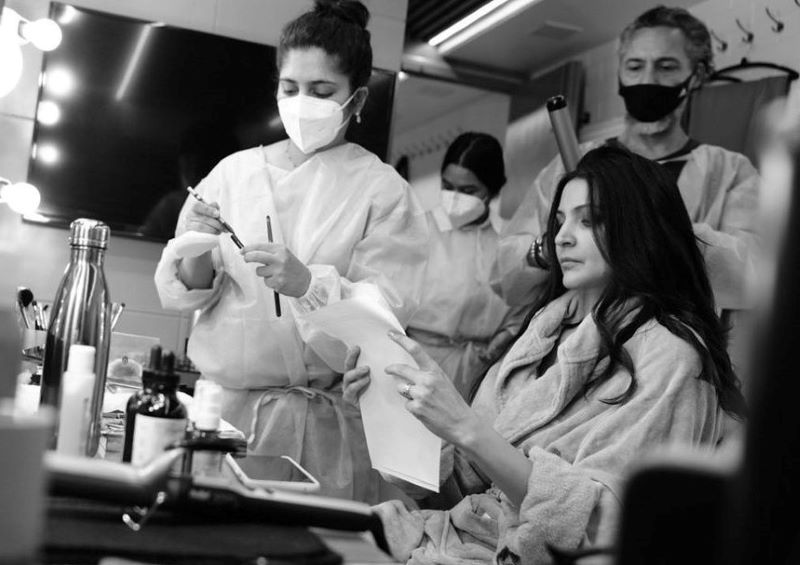 Mumbai/IBNS: Bollywood actor-producer Anushka Sharma is back to work and that is evident in her latest post.

In a recent post on Instagram, Anushka is seen reading her script while getting ready for her shoot.

Anushka on Wednesday resumed her work more than two months after her daughter Vamika was born.

In some pictures trending on social media, Anushka was seen in a white top and denim pants with a mask on her face.

Reportedly, she was busy shooting for a commercial.

Anushka, who is married to Indian cricket captain Virat Kohli, was last seen in Zero which was released in 2018.