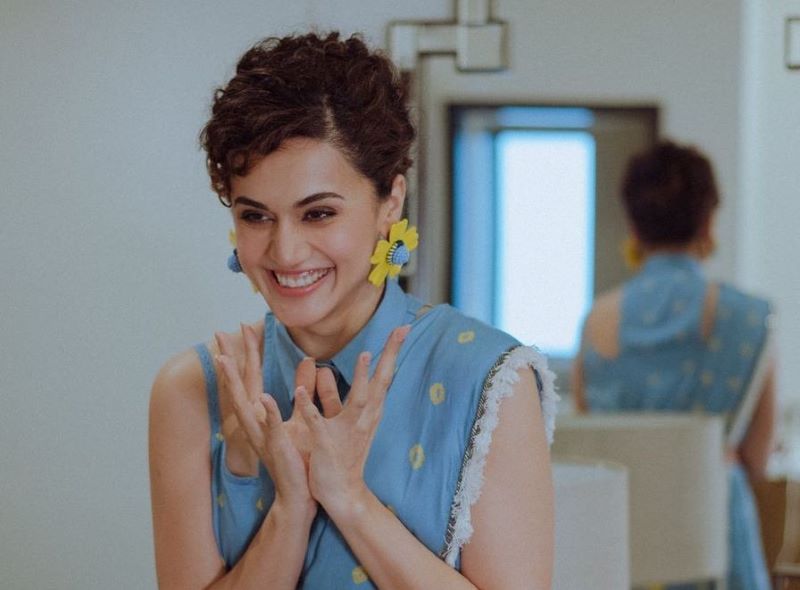 Taapsee Pannu reacts to IT raids with sarcasm

Mumbai/IBNS: Bollywood actor Taapsee Pannu Saturday broke silence over the raids conducted in her residence by the Income Tax department but with a pinch of sarcasm.

Pannu took to Twitter not only to jibe at the raids but also passed a remark over Union Finance Minister Nirmala Sitharaman who had said the actor was also raided in 2013.

She tweeted, "3 days of intense search of 3 things primarily 1. The keys of the “alleged” bungalow that I apparently own in Paris. Because summer holidays are around the corner."

3 days of intense search of 3 things primarily
1. The keys of the “alleged” bungalow that I apparently own in Paris. Because summer holidays are around the corner

"2. The “alleged” receipt worth 5 crores to frame n keep for future pitching coz I’ve been refused that money before," and added, "3. My memory of 2013 raid that happened with me according to our honourable finance minister P.S- “not so sasti” anymore."

3. My memory of 2013 raid that happened with me according to our honourable finance minister 🙏🏼

Reacting to the raids, Sitharaman Friday said as quoted by NDTV, "First of all, I am not commenting on any A or B individual. (But) since the names were taken, (I want to say) the very same names were raided in 2013."

For the last three days, raids were conducted in the residences of Pannu, filmmakers Anurag Kashyap and Vikas Bahl.

According to tax officials, they have found issues with Rs. 5 crore cash received by Pannu and Rs. 300 crore income by Kashyap's former production house among other problems during their raids.

The IT officials questioned Pannu, 33, and Kashyap, 48, who were shooting in Pune.

Pannu, a critic of the Narendra Modi government, has recently slammed the film and sports personalities for equivocally standing up to an alleged foreign propaganda over the ongoing farmers' protests.

Pannu and Kashyap were also seen together at the anti-Citizenship (Amendment) Act protests in late 2019 and early 2020.

Pannu's boyfriend Mathias Boe, who is a badminton player from Denmark and currently a coach to some Indian athletes, has tweeted to Union Sports Minister Kiren Rijiju to "do something" about the raids on the actor's properties for alleged tax evasion as it is causing "unnecessary stress" to her parents.

In his response, Rijiju stated that the law of the land is supreme and that everyone should stick to their professional duties.