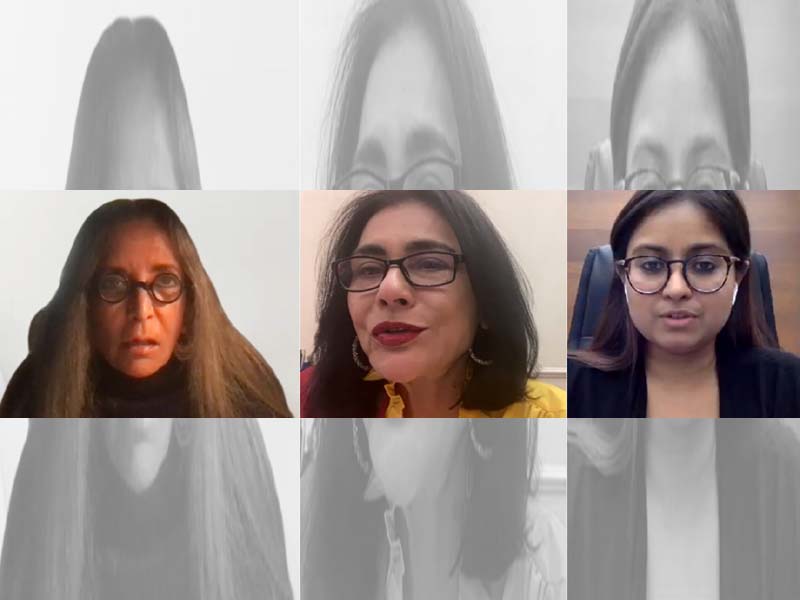 India gives me stories and Canada freedom to express them: Filmmaker Deepa Mehta

Kolkata/IBNS: Filmmaker Deepa Mehta has recently said Canada gives her the freedom to express the ideas which she used to get from India.

Addressing a virtual session of Ek Mulakat Visesh, Mehta said, "Lot of my love for Indian cinema came before I became an NRI and I was very grounded in Indian cinema. I was a reluctant Canadian and for a long time I missed India. But home is actually defined by safety and if I don’t feel safe in India it is not home.

"I feel if India gives me her stories, Canada gives me the freedom to express them. I am a strange kind of NRI.”

Mehta, who had faced a lot of controversy and outrage for her films Fire and had to close down production of her film Water in India, was responding to a question by Archana Dalmia, member Ehsaas Woman of Delhi.

The Ek Mulakat Visesh session, organized by Prabha Khaitan Foundation of Kolkata and presented by Shree Cement, was introduced by Priyanshi Patel of Ehsaas Woman of Ahmedabad.

Deepa Mehta’s work challenges stereotypes and is fearless and provocative. She recently shot the pilot and second episode for Netflix Original series, Leila, and is the creative executive producer of the show.

She also directed The Manager – the pilot episode of Little America for Apple TV. Deepa’s film Midnight’s Children was shot in Sri Lanka and her latest feature film Funny Boy, based on award winning novel by Shyam Selvadurai, is also being shot in the island nation.

"My love for Sri Lanka came because India didn’t love what I wanted to do,” Deepa said.

Recounting how her passion for cinema came early in life, Mehta said, “My passion for cinema started when I was six-year-old. My father owned a movie hall and film distribution company in Punjab and Amritsar. After school we had to go and pick up dad and shoved on to the movie theatre to wait for him.

"I saw the film Mamta about eighty times in little bits and fell in love with it. I asked my father - How does this happen? He took me to the projection room and showed me what the film was like, then we walked down the aisle, he made me feel the screen which was a piece of cloth and I thought the whole thing was magical. Something that I couldn’t smell, touch the characters could evoke such emotions in me so it was the window that he opened that had me enthralled.”

"Early on I thought Raj Kapoor was amazing. I saw Sri 420 over twenty times. Another very different film was Jagtey Raho which was a very brave film. Later on I got exposed to Bengali cinema and fell absolutely in love with Satyajit Ray and Ritwik Ghatak. Ray became my hero and to this day I think Charulata is a film that has always inspired me when I make a film on women.

"At present, the new filmmakers and directors I admire are Anubhav Sinha, Anurag Kashyap, Vikram Motwani,” said Oscar-nominated filmmaker Deepa Mehta, who is inspired by the humanitarian cinema of Satyajit Ray, Vittorio De Sica, Yasujiro Ozu of the 50s. She feels humanity, compassion and passion are our saviours in this divisive world.

On how social media is invading people's lives, she said, "It is a very powerful tool and how it enabled Trump. It is also a very destructive tool – immediate decimation and immediate elevation – it has no staying power. It is like dogs keeping barking, the caravan keeps moving on, that’s what I feel. Anything extreme is very dangerous.”

Regarding filmmaking in the current decade, Mehta said, "Streaming has completely changed the way we view films. Will we ever go back into theatres? I hope so. Because for me it is like going into a sacred space to see a cinema when you are not disturbed by anything. It will take another form, it has survived for so long.

"A desire for creating as human beings has lasted since the Natya Sastras. In the 2030s, in some form, dramas will exist because without dramas life is really boring."