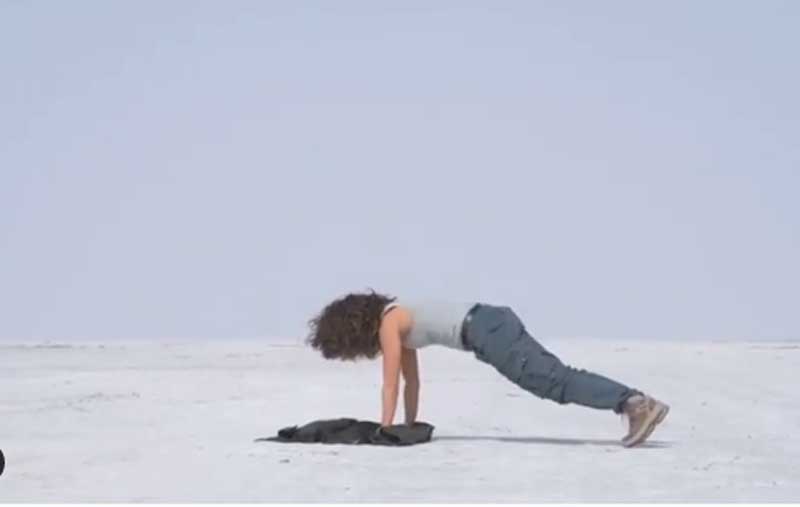 Taapsee Pannu performs push-ups in mid of Rann of Kutch, shares interesting tips with her fans on making such videos

Mumbai: Actress Taapsee Pannu did something unique when she visited the Rann of Kutch recently as she was seen in a video shared on Instagram doing some push-ups in the breathtaking spot.

Taapsee's video will surely leave her fans crazy and wanting to go for a vacation to the spot.

In the random video posted by the actress on Instagram, she could be seen doing the exercise on the white salt plains and giving a hilarious step-by-step guide on how her fans can also shoot such videos.

A part of the long caption she wrote said: "Step by step process of making a random video in a beautiful location, just coz you have a hidden enthu tourist in you."

The actress was busy in Gujarat shooting for her upcoming movie Rashmi Rocket.