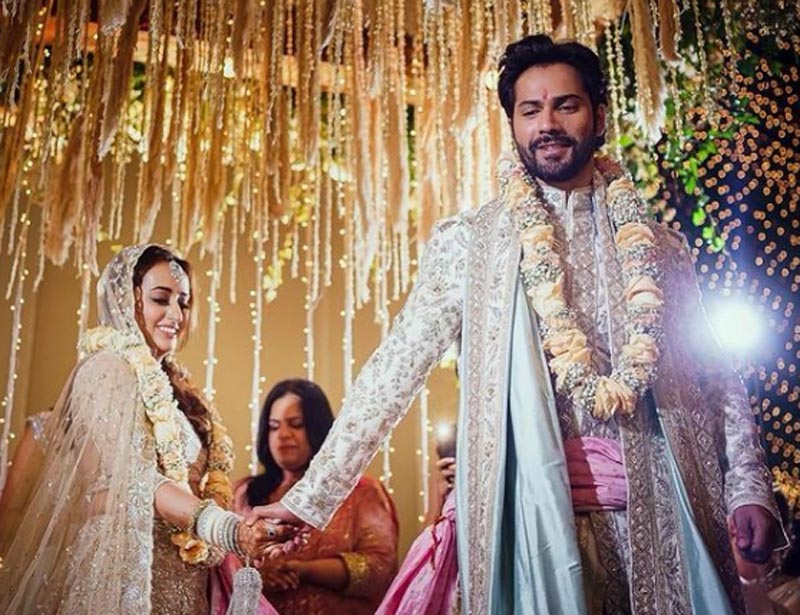 Mumbai: Bollywood actor Varun Dhawan and Natasha Dalal tied the nuptial knot during a private ceremony in Alibaug on Sunday.

Varun left his fans touched by sharing images of his marriage night.

He could be seen taking the phera (a ceremony in Hindu marriage ritual) in one of the pictures.

Keeping COVID-19 protocols in mind, Varun and Natasha reportedly had a limited guest list of 40-50 names. They followed a strict no-phone policy at the wedding and security was increased outside the Alibaug wedding venue - The Mansion House. The couple also made COVID-19 tests mandatory for those attending the wedding, reports NDTV.

Varun Dhawan made his acting debut in 2012 with director Karan Johar's teen drama Student of the Year.

He was last seen in the movie Coolie No. 1.