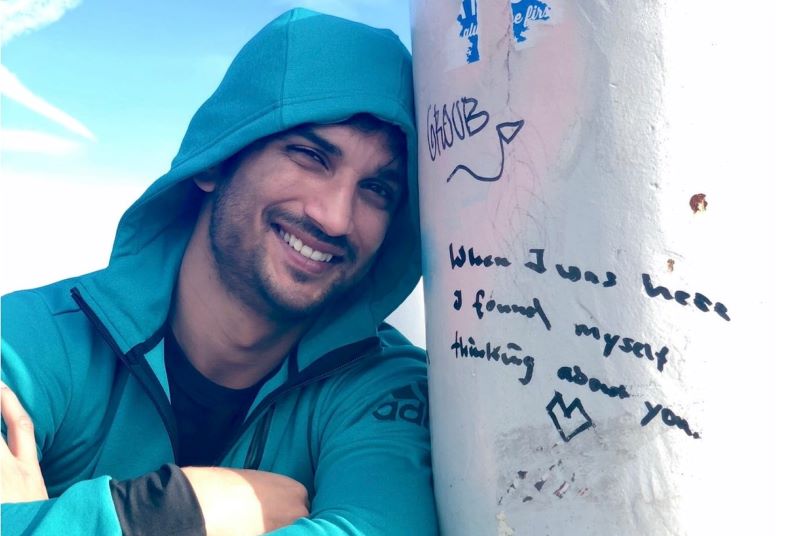 'This is how I’ll remember you.. Smiling like a child': Kriti Sanon on Sushant Singh Rajput's birth anniversary

Sharing a picture of her 'Raabta' co-star on social media, Sanon said, "This is how I’ll remember you.. Smiling like a child! Happy Birthday Sush. I hope you are smiling and at peace wherever you are.."

This is how I’ll remember you.. Smiling like a child! 💖
Happy Birthday Sush❤️
I hope you are smiling and at peace wherever you are.. ❤️ 💫 pic.twitter.com/pCIn4taVIU

Leading all his fans and admirers to a shock, Rajput had committed a suicide on Jun 14, 2020.

The then 34-year old young Bollywood star was found hanging at his residence in Mumbai's Bandra.

His death had led to the debate of nepotism in the film industry with the launching of a probe into Rajput's death.

Later, however, the death case took a different turn with the investigating agency coming across online chats over drug procurement, leading to the arrests of Rajput's actor girlfriend Rhea Chakraborty and her brother Showik and summoning of Bollywood superstar Deepika Padukone and A-listers like Shraddha Kapoor and Sara Ali Khan.

Both Rhea and Showik have been released on bail much later as the investigation is yet to be completed.